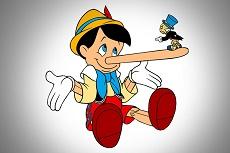 Ultimately, the question is--are the statements made by Jon Bel Edwards, then, a candidate running for office, now a broken promise?  Are those statements a lie?

Candidate Edwards only after discovering the budget was worse by a factor of two than it was when running for governor, has decided, taxes must be raised.

In other words, the candidate thought the budget problem was 300 million but after the elections and after being briefed by the outgoing Jindal administration, discovered the problem was actually 750 million dollars, or twice as bad as he and all of the candidates expected.

While the  GOP and others are insisting that Edwards knew, or, even should have known the extent of the budget warzone, has any of his critics, particularly, republican legislators,  who claim that Edwards lied or broke a promise, ever told us what they knew of the budget last year during the election campaign?

Now, as we enter the special session, the budget crises is up to nearly one billion dollars for the year ending July 1 2016.   Even the chief legislative economist, Greg Albrecht, whose job is to know and understand the budget said he did not know how deep the problem was at the time of the elections.

This latest rendition of the party’s attack is a video ad composed of various statements the governor made when he was a candidate running against the Party’s own candidate, US Senator David Vitter.

WATCH THE AD AND COMMENTARY ABOVE

The first statement of the political ad shows a quick take of Governor Jon Bel Edwards responding in a debate saying, “I’m not going to look at raising taxes”.  However, the party did not include any statement before or after that short phrase, nor did it include the question asked of the then candidate.  It was an editing job of which Cecil B. DeMille would be proud. The one thing we know for certain, Edwards was  not discussing the budget hole being as large even close to 750M to 1 billion dollars, since at the time, it just did not exist.

The second statement occurred during the last debate in which he was asked about business taxes.  The GOP attack ad did not include the question asked at the time--so we have no idea what Edwards was referring to.  Edwards did say his way to raise revenues was not raising taxes but by growing the economy.   Again, can anybody say that at the time he made the statement that he knew the hole was twice as deep?

The fourth snippet was part of the second statement scene (above) in which the candidate when asked if he was about raising taxes on businesses and Edwards said he had no plan to raise taxes.

The question and the response that the GOP failed to put up on the video was a simple question—are you going to raise taxes with the candidate saying “no”.  The very fact the GOP has not included a video scene of that question and answer raises the strong presumption that the direct question and answer just does not exist.  Had it been asked "Are you going to raise taxes?" and if the governor had said “no” --BUT-- he did in fact know he would raise taxes, then, buddy, we've got ourselves a lie, falsehood or deception.

But, on the video,  the question was never asked nor do i believe it had been asked during the campaign.

So,, if he did not lie, might he have broken a promise?

Surely, if Edwards knew the budget shortage was 300M and now feels he needs to close that deficit, iin part, by raise taxes, one can safely argue he broke a promise.

But, what if the evidence at the time revealed only the $300M and not a $750M or nearly $1B hole as current, and he said, -- “I don’t plan to raise taxes,  I have no plan to raise taxes, I think I can do the budget without raising taxes”—would these be broken promises?

Perhaps only in the minds of the GOP leaders, perhaps and their most ardent advocates, it would.

Let's simplify the example to what we understand in the real world:

Joe: Can you eat two steaks?

Bill: I think so.

Joe gets a stomach cramp and decides nope, can only eat a few bites?  A broken promise?

Joe:  Do you think you can eat two steaks.

Bill: I think i can.

Teacher: Bobby, are you able to do all of your homework for tomorrow

Property Owner: Mr. Contractor, can you finish the construction of this house in ten days?

Mr Contractor: I think i can, I plan to finish it in ten days.

Contractor starts digging and finds a large unexpected metal object that is so deep and large that it will take him twenty days to finish.  Broken promise?  I doubt it seriously, because the contractor did not know there was such an impediment and would not have known such a radical event as this metal.  More importantly, the contractor didn't even make a promise, nor a committment, but a statement of intent, based upon the best available knowledge.

The Republican Party, and those angry that they lost an election last year, can string together as many video clips they can find to make themselves look good in light of the destructive nature of Bobby Jindal's budgeting practices and their own enabling of him over the past eight years.  They can call Jon Bel Edwards a liar or say he broke a promise using slick video.  Instead of fighting the real battle, what can be cut and how to cut it and do we need to raise taxes, they prefer to divert attentions and play mind games.  They prefer to call the governor names.  They prefer to claim he extorted the public on Thursday, when all he did was repeat say what the Board of Regents are saying, if we cut too much, we will close down schools and will be forced to shut down fall sports due to the ruules of the NCAA.

They can play whatever they want to play.

At some time or another, however, they need to rise to the occassion and start to look at the facts.  We have a problem that needs to be fixed.  The problem is not what Jon Bel Edwards said, or didn't say.  It is how we go forward fixing a bad system that has caused the state of Louisiana, under their own governor, to go from a $1.4B surplus to a $2.2 billion dollar deficit in a matter of eight years.

Those are the real questions.  Not creating false narratives.

Watch the GOP ad and my discussion of the video with Ed Chervenak, political science professor at University of New Orleans, as we discussed the issue.

More in this category: « Jon Bel Edwards dogged by "Kill LSU, Save the Tigers" mentality First Jindal, now Edwards, Stick a fork in Louisiana, we're done »
back to top