Loss of TOPS' is Louisiana's gain 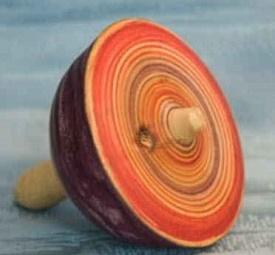 If a student has depended upon or counted on in their future the Taylor Opportunity Program for Scholars to fund fully their tuition, or is a university administrator searching for revenue, it’s not the end of the world, it’s the just the real world.

For the first time since its founding as a statewide quasi-merit, quasi-entitlement program almost two decades ago, the state will pay only a portion of total tuition bills to attend Louisiana institutions of higher learning. Before the Louisiana State University System schools raised their tuitions this week that changes overall calculations slightly downwards, the typical state public institution student would see 95 percent of the bill covered in the fall and, unless unanticipated revenues emerge before the end of the year, around 40 percent for terms in the first half of next year.

Some have taken to declare the end is nigh for the higher education experience in the state, where about a fifth of all students use the program. That proportion nearly is four times higher at LSU Baton Rouge, given its (relatively) stricter admission standards, large contingent of traditional (first-time, full-time) undergraduate students, and highest in-state tuition, leading its Pres. F. King Alexander to lament that the cut will cost the campus students and thus revenues.

But its loss is everybody’s else gain. Largely below the radar when TOPS went online in the late twentieth century in its current configuration was the displacement it caused among the other schools, all commuter-based, then in the LSU system: the University of New Orleans (now in the University of Louisiana system), LSU Shreveport and, directly competing as a baccalaureate institution from 2002, LSU Alexandria. Before TOPS, a number of students who met LSU’s higher entrance requirements from the New Orleans and Shreveport areas but who wanted to conserve funds would attend UNO or LSUS. With TOPS now giving them a free ride, they decamped to Baton Rouge and LSU’s more extensive student life offerings (essentially, athletics, clubs, and greek systems), eating away at the other schools’ resources.

Probably UNO, LSUS, and LSUA picked up from TOPS some students as a result of those of lesser qualifications that otherwise would not have thought to attend university because of cost concerns. However, they also attracted as well students of lesser motivation who would not have thought to continue their academic careers unless someone paid them to do so. That only increased difficulties with their retention rates and the waste of resources that goes along dealing with less serious students.

Now the worm has turned. If the small amount payable this fall and/or threat of much bigger gap next year discourages students at or wanting to attend LSU or other schools, they have plenty of fallback opportunities at other institutions (and might find, depending upon their disciplines, better preparation by making the switch). For a few in very specialized areas they may not have the chance to find a comparable program, but for any continuing freshman or new enrollee out of high school, given the standard general education requirement across all universities, the only inconvenience probably would be a commute from home rather than living at or near a residential campus. And for that group, there’s also always the community college route.

Further, students have other financing options. The federal government still throws plenty of money at them in the form of Pell Grants and low-cost student loans. Schools could help out by restructuring aid targeted better at lower-income families. And there’s always the good old-fashioned way of doing it, a little working on the side and/or joining the National Guard.

Certainly a handful of students, even dedicated ones, will not hit campuses this fall because of TOPS partial funding. Yet given the many options available, few will have to defer especially as TOPS tends to assist disproportionately non-low-income families. (Keep in mind a TOPS awardee has an academic year to claim the award, so someone unable to attend for financial reasons has a whole year to work and save money to claim one next year.)

So the budgetary decision will have little impact on the whole on students or on higher education. This makes just as specious the argument that without full funding TOPS students will leave the state. The underlying idea here, that dangling a bribe to keep good students around in Louisiana schools who then become more likely to stay after graduation, contains the same flaw as do many economic development incentives, treating the symptom and not the disease of lack of economic development.

Instead of using taxpayer dollars to pay educated youth in the hopes they stick around, policy that encourages economic growth, such as low taxes and right-sized government run appropriately, would do it. And if the belief that the state’s higher education in general doesn’t do as good a job as out-of-state choices, then improve those by, first and foremost, pare the overbuilt system to end spreading resources too thinly. Thus, TOPS funding levels have nothing to do with retention of educated younger people. Fiscal policy and resource use does.

So the sky is falling neither for students nor for the state’s higher education system as a result of not fully funding TOPS. Things happen in the real world to disrupt plans, and only those who do not plan properly endure poor performance. It will be tougher on LSU and a small number of students, but all other parties concerned will manage with minimal disruption (if not, in the case of other schools including community colleges, actually benefitting).

While policy-makers made a mistake in changing the law that allowed for across-the-board reductions in awards rather than causing reductions to defund entirely the lowest-performing students in high school, besides causing little hardship the cuts also will slough off disproportionately the least committed students that drive the loss rate of awards to over 40 percent, producing less waste for taxpayers. Especially with decoupling of tuition levels from award amounts beginning next year, having future gaps in coverage is not a bad thing for taxpayers and in getting students to take greater ownership of their own educations.

More in this category: « Pinsonat: Taxes, Louisiana Legislature and those winners & losers Socialists-Sanders supporters protest in uptown New Orleans; After Dallas mayham, don't go there »
back to top