If Louisiana budget was $2 billion-dollar more than year prior, why did Edwards-Dardenne raise taxes? 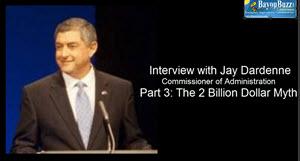 This year, there have been many claims made by opponents of the John Bel Edwards administration that have been promoted on various right-wing blogs, by various politicians and political groups.

The Louisiana governor’s race was very emotional and divisive.  One of the problems for the new administration is the fact that many republicans crossed over to vote for a democrat, Edwards, because the alternative—David Vitter, was not acceptable to many of them.  Thus, their support for Edwards was tenuous.  Edwards also campaign on the basis of being a conservative democrat.  That claim was immediately undermined as soon as the Governor-elect Edwards and his top budget aide, former Lt. Governor, Jay Dardenne, started to look at the Bobby Jindal books.

Worse for Edwards, the budget problem that he and his Commissioner of Administration, Dardenne, was much worse than anticipated.  Dardenne was a Republican, and had been a candidate for Governor, along with Vitter and Edwards.  Nonetheless, many of Edwards’s opponent were quick and eager to denounce the new administration as being “liars” or “promise-breaker” regarding their prior campaign claims that they were against raising taxes.  But, in January and then February of 2016, the problem was twice as bad as it was during the election.  This narrative has been confirmed by independent officials with actual knowledge, outside of the administration.  Yet, one of those voices who claimed no taxes needed to be raised was also contending that the budget gap was substantially smaller than all responsible individuals and government agencies claimed it to be (including the Republican-controlled legislature).  That voice was Treasurer John Kennedy.  We discussed these issues in part 1 of the interview.

Kennedy also played a major role in educating the public about government contracts that were costing the state millions, if not billions.  However, he has also been campaigning for the US Senate election, which takes place, later this year,  Kennedy, in my view, in his effort to garner support for his US Senate candidacy, told the public and the legislature, that Dardenne was going to review these contracts by personally going through all of them individually, a process that would take at least, the rest of the administration’s four years in office.  On a WWL radio program, even after Dardenne described the approach to reviewing the contracts that he would be taking, Kennedy continued to tell media audiences, the opposite.  The treasurer even made the false claim before a committee hearing, under oath, weeks after the WWL radio program.  We discussed this issue in part 2 of the interview.

Last, during the prior legislative special session that just ended, in which taxes were again raised to help solve a budget deficit, a legislator from North Louisiana and other members of his party, plus, some conservative and right-wing bloggers, contended that the budget was actually two-billion dollars more than it was the year before.  Their arguments were, there was no reason to generate revenues via taxes since we were already spending two billion more than the budget year 2015-16.  Those already opposed to Edwards and certainly taxes, repeated these allegations often in the media, in public and via the Internet.  The Governor had countered that these two-billion-dollar budget increase, while technically correct, was being circulated falsely.  He called it a myth.  We discussed this issue below, in part 3, of my interview with Commissioner Jay Dardenne.

(In the past, I have discussed many of these facts on Bayoubuzz.  I have publicly asked anyone who disagrees with those facts I have alleged, to appear with me in an online video interview so we could obtain their version of the facts.  So far, I have not received any responses.  The offer remains open)

DARDENNE: It is a myth. And let me explain to you why it is--it is correct that our general fund budget and our overall is higher by about $2 billion, I think it's not quite 2 billion. The primary reason for that is that the governor has authorized the expansion of Medicaid. And that is going to deliver to Louisiana, federal dollars at a much higher match rate than has previously been.  The state put up 38 cents of every dollar and the feds would put up 62, if memory serves me. I believe those are the correct numbers. For the rest of this calendar year, beginning July 1 for the remaining six months, the federal are going to pay 100% of the expanded Medicaid coverage. And then, that will drop eventually to 90%. But it will ratchet back to about 95% beginning January 1 of next year. The blended rate comes to about 97.5% that the federal government will be paying for anybody who is part of Medicaid expansion. So that's about 1.6 and, $1.7 billion of new money that has to be budget by the state and included in our budgets. So that's 1.7 million right there of the approximate $2 billion increase. The difference comes about, because we've had to reconcile and fix the problems created by the Jindal administration because of their reliance for eight years one-time money to balance the budget.  We did not include any one time money in there. So therefore, we had to use recurring state dollars to pay for recurring state expenses. We had to deal with the fact that the Jindal administration failed to recognize any increase in expenditures in the Medicaid program that previously existed when in fact they knew--utilization would be higher as it's been each year. And they did not plan for that in their budget, and they also, as we have talked about repeatedly, postponed payments to medical providers. So that in the previous fiscal year, we only made 11, not 12, monthly payments to physicians and other providers of Medicaid services. That meant we had to pay 13 payments in the fiscal year that began a week ago. And that number increased from what we would have had to pay, because we delayed paying it, so will going to pay that 10 million more than we ever otherwise would have. That's about 136 million, right there, of expenditures that we have to provide for in the new fiscal year that simply was forgotten in the previous fiscal year. So that's the short and simple explanation why this budget has grown. And again, I don't think that you going to have anybody who will refute those factual statements I just made about how we got to this point in time.

SABLUDOWSKY: Okay so we didn't have to go in and repay those departments that we took the money from, am I correct?

DARDENNE: No, we did not dollar for dollar restore the money that was swept from these departments. These were funds that had been in reserve, that had been dedicated for a particular purpose--one time monies that were taken to balance the budget. And that's the philosophical problem that we had with the way that the budget had been handled previously. It was a false budget. It was not an honest representation of what the state governments' annual need were. Funds were drained, money was swept, one-time money was used for recurring expenses. They aren't going to go away after one year. And that is irresponsible budgeting, and we are not doing it that way.

SABLUDOWSKY: Okay, one last question in terms of the final budget and as I appreciate, there's certain amounts, I think the number was 5% that each department is going to kinda have to save in the case the revenues don't come in..

DARDENNE: That is incorrect. It was reported that way and some of the immediate articles after the session, but we have not imposed an automatic 5% reduction in anybody's budget.  What we have said thus far, and the governor has not issue an executive order related to this, but what we have advised departments and agencies, is, that we may be facing an additional $200 million shortfall in the budget year that just ended, and if that in fact is correct, or if there is any shortfall in revenues it has to be paid first from the FY 17 budget, which could cause us to have a shortfall, when we realize these numbers later during the fall. And what happens is, we're on an accrual basis, so if, as money comes in after July 1, some of it has to be credited back to our FY 16 numbers because it was revenue actually generated in 16. If those revenue numbers are short, and we have a midyear deficit in the current year budget, we have to pay that first. And so what we're saying to agencies and departments, be very prudent in your spending and recognize that it is possible, it is not official, but it's possible, that will going to have a shortfall, that we will all have to be dealing with and we want agencies to be cognizant of that, in case, we have to cut their budget, we want them holding some money back with the knowledge that it may be necessary to cover the shortfall. If the shortfall doesn't exist and we certainly hope it doesn't exist, then the agencies will obviously be free spend the budget that has been allotted by the legislature. So we're just advising caution to everybody right now. But there is not a typical order to hold 5% or any particular percent at this point in time--but we have acknowledged publicly, we told the legislature as soon as he became aware of this, that we could have a potential problem in closing our books for fiscal year 16.

SABLUDOWSKY: I do understand and I really appreciate the time that you have taken explaining some of these things to me and to our readers and our audience. I know there been a lot of this misstatements, misconceptions--political or otherwise

DARDENNE: There have been, and obviously we want to try to give as much information as accurate as possible, so people will understand the true situation that were facing.