My trip to Louisiana voting booth and elections memory lane 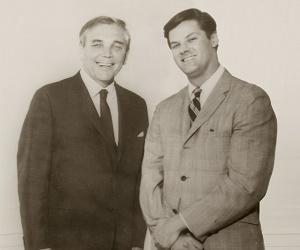 People are early voting in record numbers all over America.  Here in my home state of Louisiana, election participation is up 25% over the presidential election just four years ago. Predictions are that as many of 40% of total voters will cast their ballots before Election Day. This means long lines, and in most states, a long ballot to consider.

So I figured I would beat the crowd and absentee vote. It became a real labor of my civic responsibility. The line wound around the local early voting location at the State Archives in Baton Rouge, with a wait of an hour and a half.

If you are following the numerous polls that are coming out daily, Hillary Clinton appears to be slightly ahead nationally with the popular vote.  But Donald Trump seems to be making a major push in four or five swing states, including Ohio.  This leads to the possibility that Clinton will carry the day in acquiring a majority of voters across the nation, but Trump could be elected by garnering an Electoral College majority.  Déjà vu Bush-Gore?  The Democrats who would go absolutely bonkers again just like they did back in 2000.

So the line continues to move forward, and I check out some of my fellow about-to-be voters.  That older lady with a face-lift and the Sketcher Shape-Ups?  Definitely a Trumpite.  How about the guy right in front of me wearing Birkenstocks and a t-shirt that says: “FAUX News - where facts don't matter.”  Clinton had him wrapped up from the beginning.

On the wall a little closer up, there is a stop sign that says: “No political activity within 300 yards of this polling location.”  I came up with this idea to place such a sign at all polling locations back when I was Secretary of State and Louisiana’s chief elections officer in 1982.  Oh, yes, I did add:  “Ordered by James H. Brown-Secretary of State.”  I thought it looked pretty good until, when it was time to run for re-election, my opponents hollered that I was the one who was doing the politicking.  Oh, well!

I finally arrived at the voting booth, gave my name, showed my photo ID (no big deal), and then asked the lady-polling commissioner if she had any doughnuts?  You see, back in the days when I was running for office, I always delivered boxes of doughnuts to each polling location.  The voting commissioners loved it, and I’m sure they would occasionally volunteer a suggestion as to whom to vote for when a quizzical voter wandered in. And there were always extra doughnuts for voters who asked. This time, (34 years later) the lady looked at me like I was nuts.

I entered my voting booth along with the lady commissioner who inserted a little plastic card into my computerized machine. She must have figured I was too stupid to stick it in myself.  I made my choices, and like many voters, guessed at voting for a few candidates and propositions where I hadn’t a clue of how, or for whom to vote.  But I finished.  I had done my civic duty.

But I felt a bit let down.  Is that all there is?  Maybe it was the candidates.  Clinton campaigns defending the status quo and carries lots of political baggage.  And Trump flip-flops on any number of issues, along with a lifestyle that is offensive to a large number of American voters.  Both parties seemed at constant political war, with a disregard of what’s in the best interest of the nation.

Whoever is the victor on Election Day, here’s hoping the winner will immediately set out a workable agenda of specific goals for America in the coming four years. If not, here’s the encouraging news. It’s only 1,465 days until the next presidential election.

Do you ever get the feeling that the only reason we have elections is to find out if the polls were right?