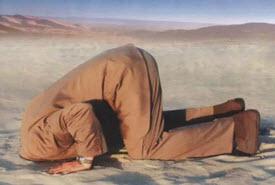 One of the hot issues in the current session of the Louisiana Legislature, meeting at the state capitol in Baton Rouge, is the repeal of a law that currently mandates the wearing of a safety helmet when riding a motorcycle.  Proponents of such a repeal site “freedom of choice” concerns, saying it should be an individual decision as to whether to wear or not wear a helmet.  They say there should be no role for government to play in this decision.  And I sure agree that the issue is one of freedom of choice (but read on).

You really have missed a thrill if you never have ridden a motorcycle on a back country road on a fall day, as the leaves are changing and the breeze is blowing in your face. I’ve tasted the good vibes of such breezes on many occasions, and have ridden a “bike” most of my life.  A Kawasaki off-road 250cc in my early Ferriday days after college, an Italian Vespa at Tulane Law School to get around New Orleans, and a BMW 11500GS as I grew older.

The GS was the best bike I ever had.  And boy, did I have visions of riding all over the world. The BMW could do it all.  I thought one day I just might circumnavigate the globe, taking on all types of tough and challenging terrain. Crossing a swollen river in some remote South American jungle, or triumphantly conquering the unforgiving heat and sands of the Egyptian deserts while in route to Cairo.  Or how about competing in the Paris-Dakar or Baja 1000, on this BMW that has been pegged as the fastest all-around on road, off-road bike in the world?  Oh all right.  Maybe a bit too much to take on, but you get my drift.

There just is something special about a challenging ride on a good motorcycle. But you know what?  I always wore a helmet.  And for one simple reason.  You are an absolute idiot if you do not. And if you think otherwise, just take this test.

Find a large immovable object like an enormous oak tree or a brick wall.
Stand about 30 paces away, then run toward this sizeable fixed obstruction. As you get close, place your hands to your side, put your arms crosswise, and put your face up, continuing to run as fast as you can. Notice how it feels when you hit this large sapling head on. You know what many of us call a cyclist who doesn’t wear a helmet?  An organ donor.

So how did you do on the test?  See where I am coming from?  But what about the “freedom of choice” argument?  Isn’t that a personal decision where government should have no say so?  Why should any government entity tell an individual what to wear when no one else is involved?  But that’s the catch.  There is someone else involved! And it’s you and me and our right to “freedom of choice.” You see, a large number of motorcyclists have minimum required insurance, or no insurance at all.  Louisiana only requires at $15,000 dollar policy, the lowest amount in the country.  Most states required a minimum of $25,000.

So here is what happens. A motorcyclist gets into a serious wreck, doesn’t have on a helmet, receives major head injuries, and the cost of medical care is astronomical. Head injury is the leading cause of death in motorcycle crashes. Riders who don’t wear helmets and who experience a crash are 40 percent more likely to sustain a fatal head injury.  If there is a minimum insurance policy involved, the $15,000 barely covers the ambulance and initial basic care cost of getting to the hospital. If there is a brain injury, and there often is when no helmet is worn, the costs could run up to a $1 million or more.  Many such injuries require medical care for the rest of the patient’s life.

The injured rider must then turn to Medicaid or the charity hospital system for continuing care that often lasts for years.  And guess who pays?  That’s right.  You and I as taxpayers.  We have to pay the bill for the irresponsible rider who suffers the injuries, then passes the cost on to us.  So isn’t our “freedom of choice,” not to be burdened with someone else’s irresponsible behavior, being infringed upon?

One option might be considered to protect the taxpayer’s “freedom of choice.”  If a motorcyclist wants to ride bareheaded, raise the insurance requirements on this “free spirit” to $500,000.  For those who wear helmets, leave the requirement as is. That way, there would be funds available to pay for the massive medical costs involved when a rider receives a head injury.

So yes, keep your right to choose.  But allow me the same freedom not to be saddled with the cost of your mistake.  Either pay up with high insurance limits, or use some common sense and wear a helmet.  Either way, I want my freedom of choice too.