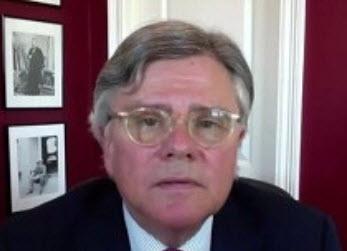 According to a new poll focused upon the New Orleans Mayor’s election, two women and one man are bunched up among the top three candidates, leaving the almost certainty that at least one woman will be in the runoffs, post general election day.

Ron Faucheaux, President of the Clarus group, is the latest to poll the Mayor’s race.  The results are different than the most recent Verne Kennedy poll from Market Research Insights (MRI)reported last week.  Both polls conflict with an even slightly older survey by Greg Rigamer.

According to Faucheux’s poll, as reported on WWL, City Councilwoman LaToya Cantrell and former Municipal Court Judge Desiree Charbonnet are in a dead heat with 27 percent and 26 percent of the vote, respectively. Former Civil District Court Judge Michael Bagneris at 19%,

Ron Faucheux with the Clarus group took the survey for The Advocate and WWL-TV.
As reported on WWL: ''This election is not over," Faucheux said. "You have three candidates in the lead and it's still possible that anyone of the three could make the runoff."

The Rigamer poll was conducted on behalf of Sidney Torres’s Voice PAC. Torres has recently begun to run ads against Charbonnet after she dropped out of his debate at the last moment, last week.