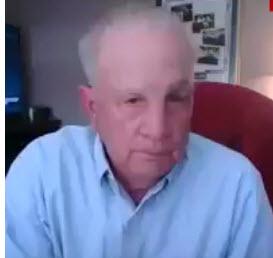 Does anybody know there's a treasurer's race here in Louisiana to replace the last-elected official in that office, now US Senator, John Kennedy?

Yep. There is one, there is. And for the most part, right now, it's somewhat of a secret, not that the candidates are keeping it so, as of now.

That is the thrust of the first part of a Facebook Live interview i had today with Southern Media and Opinion research pollster, Bernie Pinsonat.

Pinsonat believes the polls so far do not really reflect in any way the future results of the upcoming elections.

I, first asked Pinsonat what he felt was the biggest political story in Louisiana currently.  Here is his response and the rest of the trascribed segment.

Who do you believe is ahead in Louisiana Treasurer race? Tell us below

PINSONAT: From a statewide perspective most of the political attention is is on New Orleans. It's a huge population center in Louisiana, it's the mayor's race is always a big deal it's a very important who's the next Mayor.

The state treasurer's race going on at the same same time which is a statewide election-- it's a very important job not so much for the duties but because of the image in the availability of the whoever wins, the availability of being a very powerful spokesman for on the budget.  But  it's an off year in Louisiana, there's really nothing going on except you know those two elections and other scattered elections--but the treasurer's race is pretty important-- two of the last three treasurer ended up in the United States Senate so,  and of course the Mayor of New Orleans, whoever wins that is a very powerful position also.  It affects state politics also and you come to the Capitol and the mayor New Orleans has a lot of his legislators down there that are large enough where they play a role at the state capitol--so those are those are very important elections in Louisiana and yet it will be interesting to see the turnout. Turnout right now for the other treasurer's race Steve we we're talking about what's called super or chronic may be super super chronic 20% or so-- and then you wanna I don't have a feel for that--will they get to 50% I don't know--the mayor's races haven't been that -- years ago they got a lot more voters than they do now.

So the turnout I don't know what the turnout would be but it certainly won't be any huge event related to lots of voters.

PINSONAT: Well you you know you've had these dueling polls which is really silly because, I'm in the polling business, I ran a poll, and asked the public to name me one of the candidates running for treasurer maybe 2% of Louisiana could come up with the name.  Basically you'd almost have to call one of their supporters.   They are starting to get on TV so that'll help with the name recognition and candidates, but, it's pretty wide open.  Nobody can tell you right now who's who's going to be in the runoff.  If you have a Democrat who should be in the runoff but-- that's you probably can have a very low black turnout so how will that affect the race, generally, when you get into that lower turnout is from generally, the whites will end up being seventy five percent of the vote, blacks will end up being about 25 which is six five six seven points of dilution of their strength I guess you have to put it.  I don't really have a favor in and I mean I haven't seen any polling convinced me that there's anyone has a greater opportunity to make the runoff than anyone else and until they really saturate television, which they don't have the money to saturate television,  which is another problem, this is one of these "who knows" how it will turn out.

BAYOUBUZZ: So the only poll I've see,n was one that was and I'm sure that you saw it also, was one that was with the Angele Davis camp--that had her her ahead-- and in in the two legislators were way behind

PINSONAT: At that time I don't think she had been on television and hadn't done anything.   So how would she be that high?  Look when someone, when someone releases a poll it's going to say they're persons ahead or they wouldn't release it--except if you've gone from nobody knowing you to  second place.  So I you know I think those were the grain of salt.

SABLUDOWSKY: Somebody when I put that up-- somebody said to me-- how in a world can she be basically have three times and numbers that two legislators would have, who have at least ,have had a lot of visibility with it within their own districts

PINSONAT: Outside of Baton Rouge nobody knows her.  I don't know what it is today as we speak but not at that point in time.  You know I'm I'm in the polling business--I tend not to do those type of things--I don't let my name be used.  There are pollsters who allow their name to be used to to to to inflate numbers and do whatever else they have to do to make their candidate look good.