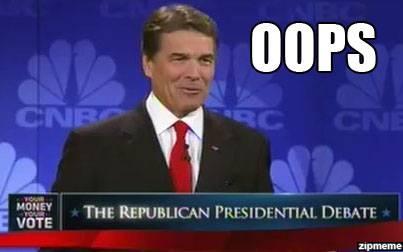 As democratic President Barack Obama and his republican challenger Mitt Romney await the opening bell of the closing debate, this one focused upon the foreign policy agenda, it now appears  the contest could not be any closer.

Romney has been on  a roll since  his  dominant performance against Obama in the first debate.

In the popular vote at that time, Obama led by eight points, plus or minus a fraction.

He also dominated the swing states and victory was almost assured.

Until the President bombed on debate night.

While he did not exactly have an “oops” moment as did Rick Perry of Texas, former top contender this spring for the GOP nomination.

Nope.  But, if the poll numbers themselves could talk, they would tell you loud and clear that Romney is more acceptable to the middle class, to the women, to the independents than ever before.

Surely, he is not going to know all of the foreign policy details as his opponent, the president.  Frankly, nor does the nation expect that from him anayway.

However, some experts believe he simply needs to show up, sound and look presidential, whatever that means.  My guess is he needs to sound   combative  enough  to scare  Korea,  sober enough to salve the Russians,  pro-Israel enough to capture  more  of the Jewish  and Tea Party vote,  and  sufficiently  non-apologetic enough to  present the President as an appeaser and a weak sister in a mean and nasty world of tyrants and lunatics.

Obama must remind us that he is no Muslim despite clamoring to the otherwise by his haters.

He needs to show he is steady at hand to make major decisions such as whether to go after guys like bin Laden.  The risk for him should he follow that course is that he might once again be perceived as not aggressive enough which torpedoed him in the first debate.

He also must explain why his administration kept claiming the recent killings in Libya were not a result of terror attack despite his last debate assertion that they were.

My prediction is after the smoke clears and the new poll results come in, Romney will continue to expand his popular vote lead and close the gap on some of the battle ground states.

A good performance in both substance and style could cement Florida for him which is the one battle ground state he would love in his corner due to its cache of electoral college votes.

However, should Romney pull a Gerald Ford who flubbed an easy answer such as the Soviets dominating Eastern Europe, then all bets are off.

So, tonight is a big night for both men, for both parties and for the nation.

Although to the average debate watcher, tonight’s debate could be foreign as a matter of policy and familiarity, it could be the break-through moment for Romney or for Obama.

Especially should there be an “oops”.

THE TIGHTENING RACE AS PER THE LA. TIMES

As President Obama and his Republican challenger, Mitt Romney, prepare for tonight’s final presidential debate, polls nationally and in battleground states show the men in a dead heat.

Since the weekend, nine major polling organizations have released national surveys. One, Gallup, shows Romney holding a six-point lead among likely voters. Another, by Investors Business Daily and the TIPP polling organization,shows Obama up by four points. The others are arrayed between those two, with the latest NBC/Wall St. Journal poll showing the race tied at 47% apiece.

Similar results indicating an extremely close race have come from key states. In Ohio, to cite the state that is probably most critical to the outcome, a CBS/Quinnipiac University poll released Monday found Obama with a 50%-45% lead, down from a 10-point margin last month. Other polls done by automated polling rather than live interviews showed the race tighter.

Elsewhere, Romney appears to be narrowly ahead in the Southern battleground states of Florida and North Carolina. Obama appears to have a small lead in Nevada and Wisconsin. Colorado and Virginia appear to be true tossups. Iowa and New Hampshire have to be considered tossups as well since there have been fewer polls in those states than in some of the larger battlegrounds.

Transcript of the debate

OBAMA REJECTS ACCUSATION OF APOLOGIZING FOR US

More in this category: « Polls: Romney over Obama by one, Battleground states split, Democratic Senate candidates lead Foreign policy debate, who won, Romney or Obama? »
back to top