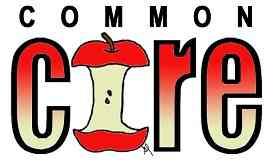 One of the major controversies this Louisiana legislative session is what to do about common core in K to 12.

Governors Buddy Roemer, Edwin Edwards and Kathleen Blanco are supportive of common core.  They expressed their positions on the subject last week during a panel discussion at Loyola University.

Zurik: Let's go back to this state and issues here. Governor Blanco and Governor Roemer, both of you have strong views on education and that's been part of your agendas over the years. Common core is a controversial issue right now. Do you support the common core standards or not?

Roemer: I do support it. I'm an LSU football fan, and I like when they rank no. 1 in America. LSU doesn't play against colleges in this state only; it plays colleges across America. There's a national standard in college football. In education, it's called common core. 45 other states are using it. This is a chance to set high goals for our children. We had TOPS when I was Governor. We use the ACT scores. It's one test given to every student no matter where they come from. I believe in standards. We have enough flexibility to set those standards and modify them in the state. We need to compete nationally and internationally, and common core is a powerful step to do just that.

Blanco: I, too, support common core. But I think that the problems come from two different directions. One, it's the implementation in the classrooms. There was not enough advanced preparation and enough time on task to organize it. It was thrown out too quickly; in education, you have to re-train people. On the other hand, a political conflict came in and that made lawmakers nervous. When the President said he supported it, people started screaming that it's a federal program. It's not a federal program. It's a set of standards that a group of governors in several states initiated because they were all concerned about education. We were already working in that direction without calling it common core. Governor Foster's administration had done a very good job bringing elementary education up. In my term, we were addressing high schools: how to put more rigor in for the students who could compete at a higher level and how to bring underperforming students up so that they could compete at a better level. Those are very tough questions and hard things to deal with. But it's essential that we keep pushing, making it a little tighter and a little harder because the rest of the states are. We can not be left behind.

Edwards: I agree. I think we should embrace it. It's certainly going to float us up, rather than down