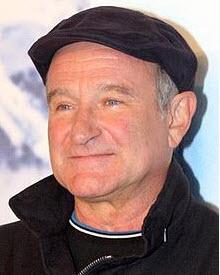 According to USA TodayThe Marin County Sheriff's Office is investigating the death of actor/comedian Robin Williams in Tiburon, Calif., north of San Francisco.

"According to a press release issued by the coroner's division of the sheriff's office, Williams was found unconscious and not breathing inside his home in Tiburon around noon local time, and was pronounced dead shortly after.

The press release identified him by his full name, Robin McLaurin Williams, 63.

The coroner suspects the death was "a suicide due to asphyxia, but a comprehensive investigation must be completed before a final determination is made." A forensic examination is currently scheduled for Tuesday, the press release said."

Robin Williams back at rehab facility to 'fine-tune' sobriety