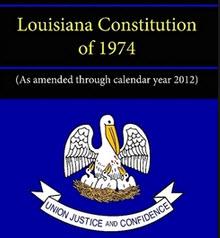 Louisiana Governor Bobby Jindal lashed out at Rand Paul yesterday for a comment he made on Morning Joe.

Hours later, some of his opponents returned fire.

As reported by The Advocate

Louisiana Democrats are calling for an investigation into Gov. Bobby Jindal’s use of the Governor’s Office to take aim at Republican U.S. Sen. Rand Paul’s campaign for president.

In a statement released through the Governor’s Office on Wednesday morning, Jindal said Paul is “unsuited to be Commander-in-Chief” because Paul claimed on national television that Republicans are to blame for a rise in Islamic State militants.

State law prohibits the use of public resources to “urge any elector to vote for or against any candidate,” which the state Democratic Party is citing as it alleges the statement from the Governor’s Office amounts to “a flagrant abuse of power and violation of the law.”

Jindal’s office has denied any wrongdoing and defended its use of state staff and government letterhead to slam Paul’s suitability as president.

As reported by Louisiana Voice

The first email was from Forgotston, who has fired off a letter to Inspector General Stephen Street demanding an answer to his inquiry as to the legality of Jindal’s “press release” on Tuesday.

So what, exactly, is all the fuss about?

Quite simply, Jindal used the state computer and web page (and presumably a state employee) to gin out a “press release” personally attacking one of Jindal’s probable opponents for the Republican nomination for president under the headline “Gov. Jindal: Senator Paul unsuited to be Commander-in-Chief.”http://www.gov.louisiana.gov/index.cfm?md=newsroom&tmp=detail&articleID=4965

But what do you think?  Take our poll below.  Did Governor Bobby Jindal violate the state constitution?

More in this category: « As gubernatorial candidates court, will Louisiana be fooled again? Pinsonat: Louisiana election issues--Same sex, religious liberty vs. common Core »
back to top