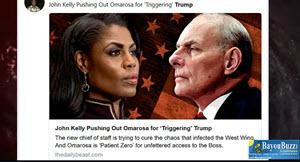 One twitter poster wants to know why “these anti-trump protesters have absolutely no clue as to why they are protesting, dumb”.

What did Pence know regarding the Comey firing?  According to a tweet, Mr. Trump ordered Mr. Stephen Miller to draft a letter and “dictated his unfettered thoughts several people who saw Mr. Miller's multi-page draft described it as a screed”.

The US chamber commerce admits it stands against President Trump's immigration of DACA.

One heckler heckles  CNN while reporter is on air.

Should DACA decision be by executive order or by Congress?  Paul Ryan asked Trump not to use executive order against DACA “because this is something that Congress has a fix”.

John Kelly's pushing out Amorosa for triggering Trump—Amoroso, who is who old friend who appeared on his TV show, has been pushing information to Donald Trump that John Kelly is not happy abou.

And, finally, Tucker Carlson of Fox says “do you know what the Never Trumpers on Capitol Hill fear the most? It’s not Isis, It's not 5,000 drop in the Dow-- it's a successful trump presidency