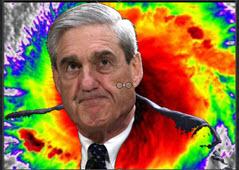 Hurricanes are wreaking havoc. The West is ablaze. Iceland is melting. Nature is in an uproar and Rick Perry still doesn’t believe in climate change. And, then, there’s Kim Jong Un threatening WWIII. In the meantime, in Washington, Donald Trump is making financial deals with Democrats as President Gen. John Kelly runs the White House like a Marine battalion. Through it all, Special Counsel Robert Mueller plods along, trudging through the muddy night like Diogenes seeking just one honest man.

To add to Trump’s troubles, the Criminal Investigation Division of the IRS just joined Mueller’s army. First, it was the money-laundering lawyers from DOJ who scuttled long-term careers to bird-dog Trump-Russia. Then, it was Eric Schneiderman, the N.Y. Attorney General with the well-oiled Trump financial probity operation, who signed on. The new team Mueller members are no joke; not eyeshade guys who squint over numbers from zero to infinity. These agents carry guns, lurk undercover overseas where money hides, and take down crooked operations worth billions without press palaver.

CID has exclusive jurisdiction over tax crimes according to the IRS, though they often work, concurrently, with the Criminal Division of the Department of Justice. With Mueller’s obvious emphasis on financial crimes the following can be deduced: the investigation is less about Don Jr.’s meeting with Russian actors, or the latest scandal of the day, Facebook’s sales of ads to Russian trolls, than it is about funny real estate money, if any should be found.

CID ferrets out abusive tax schemes with an emphasis on companies operating overseas, including foreign partnerships, corporations, and business organizations that have been, historically, reliable Laundromats for dirty dollars. It’s a familiar dodge, a trap even the Vatican fell prey to when crooked connected lawyer Michele Sindona washed Sicilian mob money through Banco Ambrosiano, the Priests Bank in Milan, and then through the Vatican Bank, itself.

Money laundering is as sophisticated as Joe Kennedy’s Canadian Whiskey wealth that he buried in Wall Street, and Mexican drug lord hide-and-seek cash games, both electronic and physical. It’s as close and familiar, too, as the drug dealing waitress who declares her drug sale gains as tips. It’s all a matter of scale, but the end-game is the same -hide dicey dollars from the taxman. No one, yet, has pinned the tail on Trump’s donkey, it needs to be said, and Muller may find zilch, but he’s looking. That, alone, should be enough to worry any reasonable person.

Ironically, taxes are something that concerns the Russians, too. They want their vast underground economy, and hidden foreign cash vaults, some locked in real estate, under Kremlin control. No one knows, yet, if there is unaccounted for Russian cash in the Trump organization sufficient to call a foul, but Mueller will make a determination before long. Smart money says it’ll be just before the midterms.

More in this category: « House passes Trump's Harvey request but politics prevail in Senate Crouere: Clinton, disastrous candidate vs. Trump, that's "What Happened" »
back to top