How much does the Trump bridge to Putin link to Felix Sater? Featured 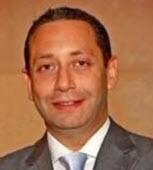 At Yalta, in the Ukraine, where FDR and Churchill found a disingenuous ally, Donald Trump saw a real estate opportunity in 2005. Yalta was a 2nd class Black Sea resort for Russians who couldn’t afford better places. Trump planned on changing the clientele’s profile with a new Trump-branded yacht club, to be constructed on the site of the city’s dilapidated port, and a Trump tower with high-end condos and retail outlets, for starters.

Trump was committed to put in $400 million of his own money, and his favorite lender, Deutsche Bank, was tossing in an additional $2 billion, though it’s unknown if Trump had his stake at the time of the proposed deal. The Tower would bear Trump’s name and the Trump Organization would manage it like a hotel, for a fee. To get the project going, Trump gave a twelve month licensing authority to New York’s Bayrock, LLC, and Felix Sater, its director and COO. Deutsche Bank would later pay hefty fines for its role in the collapse of U.S. mortgage backed securities.

Bayrock, according to Forbes, is composed of various commonly controlled LLCs with disparate owners, and was founded by Tevfik Arif, a former Soviet official from Kazakhstan. Later, it would become infamous due to its involvement in Trump’s SOHO project in Mid-town Manhattan. SOHO was troubled from the start, plagued by cost overruns, poor management, and dull sales. In 2010, Bayrock’s former financial director, Jody Kriss, and another employee, sued claiming Bayrock was a money-laundering, Russian mob front, something the company vehemently denied before it went bust.

Vanity Fair reported that, “In 1991, Sater, then a stockbroker, got into a bloody bar fight with a commodities broker, stabbing him in the face,” allegedly over a woman. In 1998, Sater pleaded guilty to a “pump and dump” stock fraud tied to the Mafia that caused investor losses of $40 million. In mitigation, Sater, whose father was convicted for running a successful Gambino family extortion racket in Brooklyn, was a valued resource for the Alphabet Agencies and, allegedly, helped them close a number of important cases. The government has heavily redacted primary source material about Sater’s involvement in these matters.

Though Sater carried a business card identifying him a senior advisor to Donald Trump, the President says he barely knew him and, likely, wouldn’t recognize him, if at all, were he to see him today. There is evidence of a greater Sater involvement connecting Trump with Russia and Putin.  Despite Trump’s claim he likely wouldn’t recognize Sater, in a recent interview, the latter wouldn’t say when he last talked with Trump and a couple of years ago, now-President walked away from an interview when Sater’s name was mentioned.  Despite the mystery of the linkage, Sater wrote, “I will get Putin on this program and we will get Donald elected”.

What role do you think Felix Sater played in linking Trump and Putin? Discuss it below

Paul Manafort, an attendee at the meeting in Don Jr.’s office, was active in the Ukraine around the time as the Trump-Yalta initiative. As early as December 2004, Manafort is alleged to have been invited to advise the the Russian-sympathizing former Ukrainian President, Viktor Yanukovych, on his first campaign for the presidency of that country. Yanukovich, who now lives in exile in Russia, served as President of the Ukraine from February 2010 until February 2014, before he was run out of office to asylum in Russia. One month later, in March of 2014, Russia invaded the Crimea, precipitating imposition of U.S. sanctions that are alleged to have cost Russia, so far, $151.5 billion.

Documents filed in Cypress in 2015, purportedly, indicate Manafort owed $17 million to lenders under the influence of Russian President Vladimir Putin and Viktor Yanukovich. This was about the same time that Manafort joined the Trump campaign. Though Trump, now, claims Manafort was a peripheral player who was only with the campaign for a short time, recently disclosed FISA wiretaps, dating back to 2014, if not before, are alleged to show he and Trump continued to communicate long after Manafort left the campaign. The contacts wouldn’t be unusual except for the fact Trump has denied staying in contact with Manafort.

The Trump-Yalta Yacht Club project foundered, like Trump’s plan for a Trump-Moscow tower, but it may provide a clue about when Manafort first came to the attention of Trump, or the other way around. It’s a connection that runs through Bayrock and Felix Sater, both of whom were involved in the Trump SOHO project that, at least one Trump lawyer has declared off-limits to Robert Mueller, according to MSNBC reporting.

Sater, it now seems, had a hand in pushing an, off the books, secret, Ukrainian peace plan proposal, involving a Trump personal  lawyer, Michael Cohen, and disgraced ex-National Security Advisor Gen. Michael Flynn, the purpose of which was to find a way to provide Russia relief from sanctions. Somehow, all roads seem to lead to Yalta. Whether that’s significant or not, time will tell.

If Trump, indeed, was intercepted on FBI intercepts talking about electoral help from Russia with Manafort, Mueller could call it a day unless, that is, he’s casting his net for bigger fish even than the President. It’s getting close to bridge crossing time.