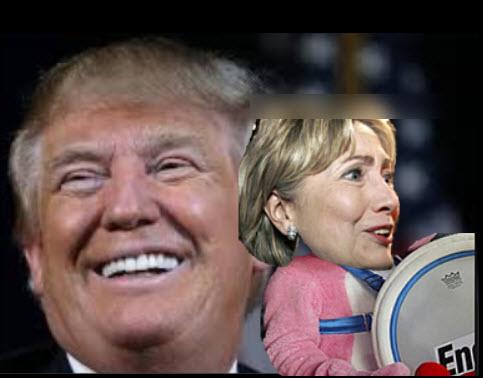 As part of her media tour promoting her new book, “What Happened,” Hillary was recently interviewed for the Irish television program, “Late, Late Show.” Hillary claimed that the loss was “excruciating.” She admitted that she did not even prepare a concession speech and that the loss left her in a “state of shock.”

Obviously, the Clinton campaign was overconfident. They were facing Donald Trump, a former reality television star, who was being destroyed on a daily basis by a hostile media. She had a united Democratic Party supporting her, while Trump had to deal with a divided Republican Party. In the campaign, Hillary spent almost twice as much money as Donald Trump and was advised by an experienced team of professionals, as well as her husband, who was elected President of the United States twice.

Despite his many disadvantages, Trump handily defeated Clinton in the Electoral College. While Hillary can claim to have won the popular vote, she is quite bitter about her loss. She told the Irish interviewer that in the days after the election, she would regularly “scream into the pillow.” Hillary felt that by losing to such an unconventional candidate, she not only “let my country down,” but she also “let the world down.”

In reality, many world leaders were certainly overjoyed not to have Hillary Clinton as President. They witnessed her horrible record as Secretary of State, the scandalous Clinton Foundation fundraising activities and her lifetime record of corruption, including a FBI investigation into her e-mail communications.

Hillary has an inflated opinion of her reputation and mistakenly believes that the world is waiting to hear her comments on the major news stories of the day. For example, in the aftermath of the horrific Las Vegas massacre, Clinton condemned the National Rifle Association and called for more gun control, what a surprise!

She incorrectly claimed that “if the shooter had a silencer” the number of deaths would have been much higher. Even the liberal group Politifact noted that “Our research shows that a suppressor would not have made a difference in the Las Vegas case, because of the positioning of the weapons and because of the distance of the shooter from the crowd.”

Once again, Hillary Clinton is embarrassingly wrong. Surely Democrats must be tired of her attempts to remain in the political spotlight. Republicans must be hoping that Hillary is laying the groundwork to run for President in 2020. For the GOP, Hillary Clinton is the gift that keeps giving.