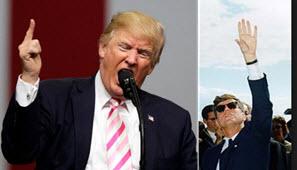 Americans embraced this new frontier and by the end of the decade Kennedy’s pledge was fulfilled. In the next 3 ½ years, NASA successfully sent six manned missions to the Moon; however, by December of 1972 it was all over. It has been 45 years since the last Apollo mission.

It is time to not only return to the Moon, but plan to send astronauts to Mars. Unfortunately, in the Obama administration, NASA started focusing more on studying the effects of rising temperatures on earth and less on outlining exciting new initiatives for space exploration. In addition, Obama NASA Administrator Charles Bolden claimed that the agency’s highest priority was "to find a way to reach out to the Muslim world and engage much more with dominantly Muslim nations to help them feel good about their historic contribution to science ... and math and engineering."

NASA should not be an arm of the State Department or engage in counseling services for the world’s billion plus Muslims. Thankfully, President Trump has appointed a new NASA Administrator, U.S. Congressman Jim Bridenstine (R-OK), who is a former U.S. Navy pilot with a bold vision for space travel. He also believes that global warming is caused by a variety of factors, including naturally occurring temperature cycles.

Once again, Americans should be able to dream about the exhilaration and discoveries that are associated with space travel. Sadly, NASA has not been able to offer much excitement to the American people in recent years. The last Space Shuttle mission was in 2011 and for the past few years the only way for American astronauts to reach the International Space Station has been to travel with cosmonauts on a Soyuz spacecraft.

Fortunately, President Trump is committed to revitalizing our space program. This is why he signed an Executive Order on June 30, 2017 reestablishing the National Space Council. According to President Trump, “We’re a nation of pioneers, and the next great American frontier is space.”

The National Space Council held its first meeting on October 5 with Vice President Mike Pence serving as Chairman. The meeting brought together experts from several segments of the space industry: civil, commercial and national security. Speaking time was given to representatives of Sierra Nevada, Lockheed Martin, Blue Origin, SpaceX, and Boeing. This process allowed for input from both new and more experienced aerospace manufacturers. Vice President Pence encouraged a variety of viewpoints to be discussed, giving the National Space Council a wide array of alternatives to examine.

From the results of the first meeting, it seems clear that the National Space Council is committed to encouraging competition from space industry veterans and newcomers. It is a wise approach not to become too invested in a single industry partner. For example, in recent years, SpaceX has been considered the most successful in launching high profile missions. While its significant successes cannot be ignored, there have also been spectacular failures.

In its quest to rebuild NASA, the Trump administration should pursue a model encouraging healthy competition among many different manufacturers with aerospace industry experience. Being too reliant on SpaceX, or any aerospace company, could be catastrophic.

While SpaceX has the staunch support of Silicon Valley investors and industry bloggers, there have been some serious concerns, other than the recent crashes, that have materialized. In an interview with CQ Press, Scott Pace, Executive Secretary of the National Security Council, expressed unease about SpaceX mission delays. By February of 2017, it was estimated that there was a backlog of 70 SpaceX missions, valued at $10 billion, truly a crisis level.

SpaceX is an exciting newcomer to the space industry that has shown true innovation in cutting costs. In fact, Pace praised the company for an “outstanding” track record in recent years. Nonetheless, a newcomer to any industry will face significant growth challenges.

The solution is to maintain a robust role for industry veterans with a long-established history of providing quality results while creating new alliances with visionary companies like SpaceX. This balanced approach will be the smartest way for the Trump administration to uphold its commitment to national security while rebuilding our space program.

It is time to embark on exciting new space missions once again, providing visions of exploring the final frontier to Americans of all ages.

More in this category: « Trump's imperfect union to the US Constitution and the truth Trump's John Kelly, corrupted in Gold-Star, Wilson episode, needs long walk »
Login to post comments
back to top