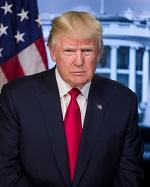 The first was hailed by the media as a successful step for the President. Trump allowed television cameras into the bipartisan Congressional meeting on the issue of immigration, DACA and the wall. The second involved a decision by Democrat Senator Diane Feinstein of California to release the Congressional transcripts of Fusion GPS founder Glenn Simpson.

Ironically, both might be considered to be a step forward in government transparency, although, those members of the US Senate who did not want the 300 plus-page testimony to be released, might disagree.

Trump, after a week of high scrutiny and suggestions that he is losing his competency as a result of a recently-released book by author Michael Wolff, took the meeting to display that he was president and not at risk.  The open-meeting was similar to the one that President Barack Obama engaged in during the Obamacare debates of 2010.

Feinstein, released the transcript because she said she felt the public had a right to know what the witness said, especially in light of recent claims by Republicans that the Michael Steele-Fusion GPS dossier was prepared to discredit the Trump campaign.

More in this category: « Comey, FBI, Mueller and Clinton probes tower over Trump Russia? Dear World, We are not S--t Holes in Trump's America »
back to top