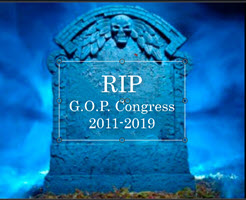 On Friday, we posted part one of the conversation with Tidmore and Couvillon discussing the national elections. Here is part two.

COUVILLON: And the interesting dynamic is going on Dana Rohrabacher seat is you're not talking about a Steve Scalise seat that's three to one Republican where you can afford to have a multiple candidates running you're talking about a 50/50 seat and so if you're dreaming of multiple Democrats splitting up the vote evenly to where you have two Republicans slip in, that to be is a terrible way of planning a campaign, but I think a lot of Republicans in California or thinking that wrongheaded strategy because they genuinely are afraid or being shut out at the top of the ballot where you have a governor and Senate race going on, where you don't really have any Republicans catching fire therefore the genuine fear is with two Democrats at the top of the ballot for governor and Senate, you may not have Republicans wanting to turnout in congressional race.

I personally think that's a little bit too dramatic but that is the perception out there in California just use one example.

TIDMORE: And we have actually seen in situations where they're multiple Republicans on a ballot here in Louisiana, not quite in the gubernatorial category, but where it has depressed Democratic turnout so I mean, we can, this is this is not a light thing-- but I just use it as an example when you matched that on the Pennsylvania seats that frankly the Republicans will lose at least five or six there thanks to redistricting, when you're looking at the other seats, there is terror going on right now in the house, and frankly that terror is spreading to the Senate.

I got to tell you, by the way I've decided that if if if Claire Mccaskill the Senator from Missouri plays the lottery, i want to know her numbers because the self implosion in Missouri of the Republican Party is definite looks like he's definitely good deliver the a seat to the democrats that they shouldn't have.  The governor, locked in a scandal, with uh with against the republican nominee who is the attorney general Josh Harley fighting back and forth, and if you start doing the math in each of these individual seats, Blankenship in in West Virginia-- where I don't think he's gonna make the runoff but just the fair fact that Mitch McConnell had to buy ads to take out one of his Republican contenders who's an ex-con and he and he's because he was running in couple polls even, with the two frontrunners--it says that this is a weird and terrible season for the GOP, you know, so, anyway.

COUVILLON: There are a couple stats I thought I would throw out there before Chris had to go, just to illustrate from my standpoint and going beyond polling about how bad things are this year--so I've been tracking candidate filings which as if yesterday in Michigan became the 34th state to conclude candidate filing, I, according to my statistics here ninety nine percent of Republican congressional candidates and eighty-two percent of democratic congressional candidates have partisan opposition.  What that means in plain terms is nearly every Republicans save about two of them has a Democratic opponent to face in November where approximately twenty percent of Democrats are going to have a free ride which means that's money that does not have to be allocated, whereas for the Republicans you got to spread it out to everybody.

The other statistic I thought I've mentioned this is going along lines of what Chris was saying regarding the how many seats are less Republican than Trump, I'm gonna take it a step further, there are forty two seats where you have a Republican in a congressional district where Donald Trump got less than fifty percent of the vote and in this straight party-line voting--where, every almost every Republican I've seen has run behind Donald Trump showing, that number alone should scare Republicans to death, if you are looking for Republican districts where the Trump percentage was not that particularly strong, the numbers are equally dire, more specifically what I am seeing is--if you're looking, I'm seeing an average Republican drop from four to nine percent depending on the district, in other words if Donald Trump got 58 percent and the Republican candidate is squeezing by with 50 in a special election, that's an eight point drop, and I'm seeing enough of those to where I think there's a trend out there.  Anyway, to get to the the point of the matter here, if you're talking about Republican districts between 54 and 59 percent Trump--and then including a couple districts in outstate Minnesota that fit that bill as well--you're talking about a potential net Republican loss of 85 to 137 seats.

COUVILLON: Now I don't personally believe that every single one of those seats would flip, but the potential is their number one because when you're talking about even 42 Republican seats where Trump got less than 50% of the vote, Rohrabacher is being a perfect example of that, that's the exam, that's "Exhibit A"  of what the Republicans need to worry about and what really needs to scare them, in my opinion, is that not one special election has been in territory where a Republican is representing a district that Hillary Clinton carried--in other words, if Ileana Ros-Lehtinen in Florida, just to use "Exhibit A" here, were retiring, excuse me, were resigning in there were special election, that seat would have a 99 percent chance of the Democrats picking it up in a special--as it is they're probably going to pick it up in November, because we're having Democrats united behind Democratic candidate but you're not seeing all the people who voted for Donald Trump necessarily voting for Republican candidate, that in a nutshell is what the Republicans are facing this November.

TIDMORE: And I'll add one last category to that before I go, where the real anxiety is also being manifested as the money game--right now-- the D-triple-C is leading the RNCC by almost 7 to 8 million dollars in regular quarterly fundraising totals and that's not including super PACs and so on and so forth, the enthusiasm amongst donors is with Democrats both small donors and large donors.  Republican donors are abandoning the House already and they're getting nervous about the Senate.  There's enough compelling evidence they think they can save enough Senate seats, the Senate will stay in Republican hands, but even that--you're seeing the numbers start to go down and when the money starts evaporating, and it will, at the rate we're going, Republicans are going to find themselves with literally not enough money to defend seats that should be solid Republican seats. They shouldn't have to spend money in and the chase for Democratic seats that they're holding, frankly, these guys, these incumbents holding Hillary Clinton seats, will be out of luck.  It'll be in every man for himself, every woman for himself scenario.

COUVILLON: Yeah and the final final final thought before Cris leaves, Ohio has a special election in August in a suburban Columbus seat the Trump carried 53-42, if I were the Republicans I would be extremely nervous about that because that that drop I'm telling you about regarding Republican performance visa vie what Trump got last year, if now you as the president are getting 53% versus the 58% he got in that Arizona district, that 53% means a Democrat could theoretically pick that up and that was actually John Kasich seat years ago, believe it or not