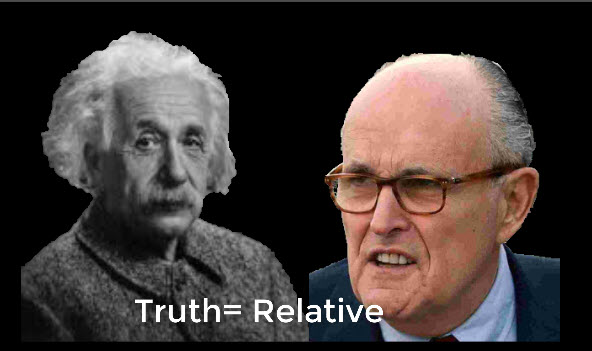 Then, on Thursday, Rudy Giuliani apparently  said this:

“We want to see how the briefing went to today and how much we learned from it,” Giuliani said in a Thursday phone call. “If we learned a good deal from it, it will shorten that whole process considerably.”

Two separate but integrated issues emerge from the latest in Donald Trump’s “LIEGATE”—Just how far will he and his subservients continue to destroy our cherished institutions—truth, justice and protection of America?

This week, Donald Trump ransacked the separation of the Justice Department and the Executive Branch. While spewing false information that has not been corroborated by courts, by anybody of authority, the President, for the sole and primary purpose of trying to protect his own family and backside, repeated the totally unsupported claim that a spy was in the midst to politically destroy the Trump campaign. As a result, he bullied his way, apparently under threat of firing, and forced the Justice Department to submit to a meeting and to disclose doments that could jeopardized critical current and future sources.

In doing so, he and his attorneys are on a full-court press to nuke all institutions standing, so his own freedoms are preserved.

Ask yourself: Why did Trump order DOJ to reveal highly classified information? Was it for the good of the country? Or, was it so Nunes could tell Trump's attorneys? How else can one explain Nunes and Gowdy getting a sneak preview themselves, when, not a single person should have had any access whatsoever to this information?  Worse, the President compelled this special review, not based upon Congressonal seniority or influence, or bipartisanship, but based upon party and loyalty to him.  Why? Was the purpose to ensure that the truth is discovered to serve America? Or, was the intended goal to make certain that his own attorney obtain access to documents that no other witness would ever receive during an ongoing prosecution?

Then, word is that Trump sent his chief of staff and his criminal attorney to this Gang of Eight meeting with DOJ and FBI and were set upon staying until requested to leave.  Not only was their presence a surprise to everyone, but, shocking. Under no circumstances, even for the President of the United States, should he have any agents in a classified event focused upon his own misdeeds.  Heck, he might as well compel his own thugs to sit in the chambers of the Supreme Court Justices as they deliberate over cases involving his family or him.

I think the answer to my questions are obvious.

Despite no credible evidence being disclosed from this charade, this morning, Trump and his surrogates continued down the path of deception. Trump tweeted repeatedly about “spygate”. Has anybody uncovered any information from yesterday’s proceedings?

According to Mitch McConnell and Lindsay Graham and others, the Mueller investigation show must go on and that no spying as alleged by Trump has been uncovered.  This comes at a time when our own Louisiana  US Senator, John Kennedy, is formally claiming that the Mueller case should come to an end.

It is obvious that Kennedy and Trump don’t care about facts. They believe in their own self-protection regardless as to what stands in its way, who it harms, what institutions it destroys.

Another question: Is truth really the truth or is truth relative? For one, I thought the words of the Lord were considered the truth, but now, I guess, according to Team Trump, no, it is relative.

Thus, in light of Mayor Rudy’s pronouncements, I think all defendants in criminal and parties in civil cases should start saying the following after being asked--"do you swear to tell the truth....so help you God?"

REPLY: "it depends. are you referring to your truth or to my truth, because truth is relative you know. Just ask the President's attorney. Remember, he told us so.

Let me be clear. I have no problem with getting to the truth and the process of any possible Spy Gate allegation should have been through the IG, not through this extortionary process. If Trump and others really want to protect this country from spies, then having an impartial  party such as the Investigator General look at the facts is the right way to proceed. Under no possible circumstance should any president use his power over the DOJ to break the rules, the customs and protocols especially when our national security is at risk.

If you don’t believe this latest end run by President Trump is not harmful to this country, ask yourself this one last question: If you live in Europe and have secret information about Russia harming our country, would you now readily turn it over to authorities or would you think twice out of concern that your identity will be exposed due to political interventions?

Recent events by Donald Trump and his cohorts in Congress are proving that it is more critical to protect the President than to protect the rule of law and defent our national security.

That, my fellow Americans, is the very sorry truth.

More in this category: « President Trump scores touchdown with new NFL's National Anthem rule Another "Trumped-Up" excuse for not denouncing Roseanne Barr's tweets »
back to top