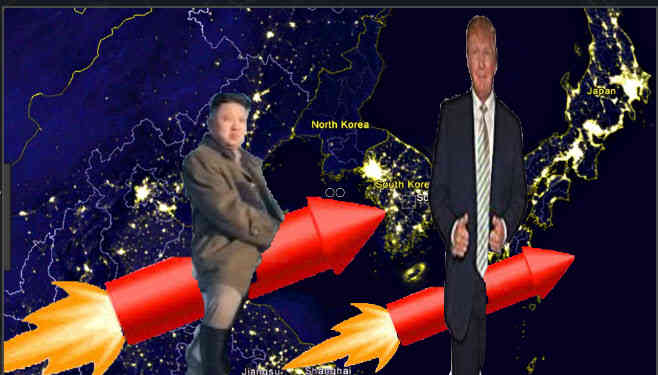 The worldwide box office gross from The interview, to date, is a pitiful $11 million. The pocket change earnings aren’t surprising since the picture received a Rotten Tomato’s score of 5.3 out of 10 on the tracking site’s “Tomatometer.” To be kind, the picture was a dud.

Though practically no one, except Kim and Franco fans, ever saw The Interview, it irked Kim enough that a NOKO group, “Guardians of Peace,” hacked Sony and, among other things, released a script for the studio’s upcoming James Bond thriller, Specter, and emails full of snarky gossip, including speculation that President Obama prefers films with black actors.

The intrusion imposed the words, “#Hacked by GOP,” and a devil’s face, on Sony’s computer screens. The FBI confirmed the hermit kingdom’s responsibility but didn’t reveal, however, why producer Scott Rudin called Angelina Jolie a "minimally talented spoiled brat." Sony spent 2015 apologizing to people. In Singapore, Trump offered Kim a make-good when he showed the dictator a trailer for a fake movie starring himself and Kim as heroic geniuses.

Kim has a lot to feel good about after the summit, not least of which is official confirmation of himself as the leader of a potent, dangerous, nation. It was unnecessary, though, because everyone knows Kim is the leader of a potent, dangerous, nation that has worked its way up through the ranks for three generations. The size of Kim’s nuclear arsenal, however, is unclear, with recent estimates ranging from 13-21, to a Pentagon estimate of 200. There’s, also, the possibility it’s none, due to an explosion, maybe unintentional, at a test facility.

Besides an agreement to talk more, Trump didn’t get much in return for cancelling joint military exercises with South Korea, except for a promise to repatriate U.S. war dead. NOKO, on the other hand, got the respect it already had, fulsome praise and handshakes, photo-ops, and a shot at the slots. Kim should have asked for American farm equipment and food stuffs to upgrade the condition of his people who toil with 1700’s technology for sustenance.

Trump, pointedly, ignored NOKO human rights violations. Nor did he ask Kim to dismantle “museums” dedicated to fake American atrocities against North Korean civilians and soldiers, and an end to the regime’s constant stream of TV and film propaganda designed to brace North Koreans for a war to destroy the United States. Trump made a start in Singapore, and for that he deserves a hand, but a standing ovation, along with his Nobel prize, is on hold.