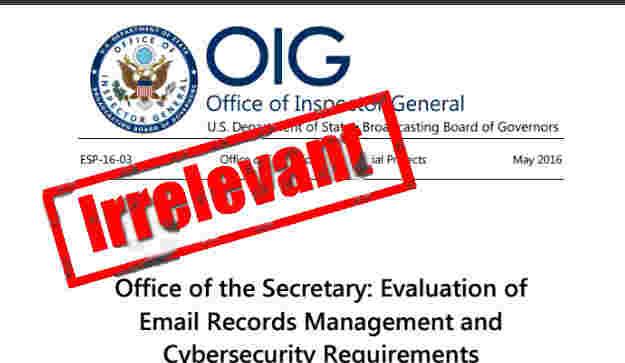 “Rabbit hole,” “fake news,” “gaslighting,” “conspiracy,” and other terms are flying out of Washington, and elsewhere, faster than dollars from Mercer PACs. Sadly, what people believe is going to be founded in the political divide that characterizes the national temperature at this point in time. Does it matter that Trump waffled on why he fired Comey, at first because of how the Clinton email scandal was handled, and then because of the Russia investigation? Was the interview of two Trump campaign associates an impermissible infiltration of the campaign by the FBI? Was it improper for a FISA court judge to approve warrants based on reports from a former British spy with roots in Russia?

None of this matters to the Mueller investigation. If Trump did nothing wrong, as vast numbers believe, he should have nothing to fear. The panic evidenced by the president, regarding Mueller’s investigation, has no relationship to Strozk and Page, Comey, or even Trump’s personal relations.

What’s on the table with Mueller has to do with the trove of Michael Cohen’s potentially incriminating mountain of documents; Don Jr.’s courting of Russians; Paul Manafort’s shady affiliations with pro-Russian surrogates in foreign countries; voter manipulation by foreign entities; trails of dollars through Cypress and other secretive financial havens; and Russian cash that might have found its way to the campaign, among other things that should concern all Americans who love freedom. These things need the light of day.

The Russia investigation goes to the heart of democracy. To bury it because of the failings of some investigators will not protect the values we depend upon as a people.

Donald Trump, because of his position, is not immune to the rule of law and his appeals toprejudice and fear will not absolve him from any offenses against the Constitution. To think otherwise is to abandon the principles that men and women have died to protect.