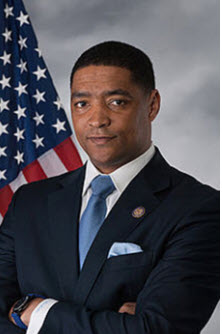 Congresman Cedric Richmond, the Chairman of the Congressional Black Caucus issued this statement today defending Congresswoman Maxine Waters after her urging the refusing to accomodate members of the Trump administration in public restaurants, gas stations and other similar locations.

Today, the Chairman of the Congressional Black Caucus (CBC), Congressman Cedric L. Richmond (D-LA-02), released the following statement on recent remarks Congresswoman Maxine Waters (D-CA-43) made at a rally in Los Angeles about the separation of young immigrant children from their parents.

"Congresswoman Waters has been a champion for justice her entire life so it should not be a surprise to anyone who knows her that she has chosen to stand up and speak out against something as unjust as separating young immigrant children from their parents and is encouraging others to do the same. This is who she is and this is who she will always be, and our country is better because of it.


"We cannot forget that President Trump, as a candidate, encouraged his supporters to beat up his detractors at rallies, and, as president, morally equated white supremacists with anti-racist activists and encouraged police officers to beat up suspects. In fact, almost every day President Trump says something that makes this country more dangerous for people who look like Congresswoman Waters and other minorities. Where is the national conversation on civility in these moments?

"Does the Administration have a plan to reunite the 2,300 immigrant children who have been separated from their parents? If so, where is it and when will it be implemented? These are the questions we should be asking. But, for some reason, too many folks find it easier to question the motives of the congresswoman who is protesting the unjust policy, instead of the president and administration officials who are implementing it."

More in this category: « The fruits of the poisonous Trump rhetoric can turn sour Democrats pushing Kennedy vacancy to US Supreme Court as major election issue »
back to top