CROUERE: Say NO to Michael Moore and his documentary of liberal hate 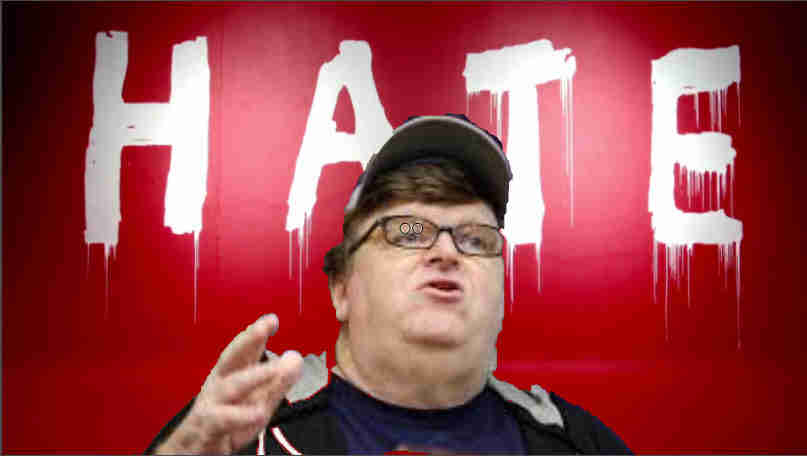 Filmmaker Michael Moore announced that his upcoming documentary, Fahrenheit 11/9, will be released on September 21. In the film, Moore will attempt to politically damage President Donald Trump by taking a “provocative and comedic look at the times in which we live.” In addition, Moore claims that his documentary will focus on “How the hell we got in this situation, and how we’re going to get out of it."

Of course, the 63 million Americans who voted for Donald Trump can tell Moore that “we got in this situation” after political elites ignored the demands and needs of working class voters for decades.

Politicians of both parties disregarded taxpaying citizens and catered to special interests and lobbyists. Donald Trump tapped into the anger and resentment felt by voters in Rust Belt states and throughout America. As a result, he won the popular vote in 30 states, garnering an Electoral College landslide.

Like many liberals, Moore is disconnected from reality. He believes the country is “very liberal” and that Americans do not “want the Republicans in the White House! They don’t want them running this country! We’re the majority!”

If liberals are the majority, why are there 33 Republican governors? Why does the GOP control both houses of Congress?

Moore believes that Trump is a danger to America and needs to be removed from office. On The Late Show with Stephen Colbert, Moore admitted that he “cries very day while reading the news.”

Supposedly, this anger drove Moore to target Trump with this documentary. In reality, Moore knows that this film will be celebrated by Hollywood and the media and he will be financially rewarded.

With such a left wing history, it is inconceivable to believe that many non-liberals will spend their hard earned money to watch this latest Michael Moore documentary. He will not be convincing many swing voters or Independents, just preaching to the choir.

In his unhinged interview with Colbert, Moore offered up plenty of preaching to his liberal base. He implored his fellow liberals to take action. According to Moore, "the only way we're going to stop this is that we're going to have to put our bodies on the line." Presumably, Moore meant his comment to encourage liberals to join protest movements such as shutting down ICE offices and harassing Trump administration officials in restaurants and movie theaters. However, if liberals take Moore’s advice, such activism will probably just drive more voters to the Republican Party.

Ironically, Moore originally announced this documentary project last year. At the time, Harvey Weinstein and his brother owned the worldwide rights to the film. After the horrible harassment accusations against Weinstein became public, he was dropped from many projects. Currently, Weinstein has no public affiliation with Moore’s documentary.

It is quite telling that a man who affiliated with a well-known abuser of women is now on a soapbox preaching about the dangers of Donald Trump. Moore is a typical Hollywood hypocrite trying to cash in while selling his poison to the American people. Let’s hope the American people follow the good advice of Nancy Reagan and “Just Say No!” to Michael Moore and his new documentary of liberal hate.

More in this category: « Trump wants enemy of American people to be free of fear of being attacked The secret lies of Putin's, Trump's Republicans' anti-Rosenstein, Mueller assaults »
back to top