Political incivility tearing up Washington, US at risk 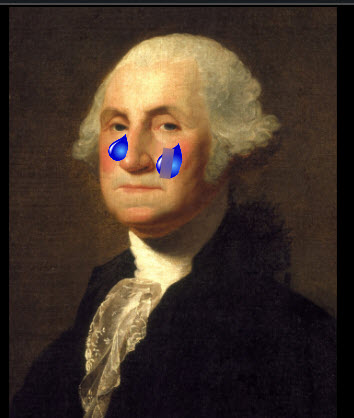 (Read very carefully… This first paragraph is difficult to read, but very important to know.)

President George Washington composed his Farewell Address upon leaving office.  He focused on the need to preserve the unity among Americans and to be guarded against the attempts by some to destroy our national unity:

“The unity of government which constitutes you one people is also now dear to you. It is justly so, for it is a main pillar in the edifice of your real independence, the support of your tranquility at home, your peace abroad; of your safety; of your prosperity; of that very liberty which you so highly prize. But as it is easy to foresee that, from different causes and from different quarters, much pains will be taken, many artifices employed to weaken in your minds the conviction of this truth; as this is the point in your political fortress against which the batteries of internal and external enemies will be most constantly and actively (though often covertly and insidiously) directed, it is of infinite moment that you should properly estimate the immense value of your national union to your collective and individual happiness; that you should cherish a cordial, habitual, and immovable attachment to it; accustoming yourselves to think and speak of it as of the palladium of your political safety and prosperity; watching for its preservation with jealous anxiety; discountenancing whatever may suggest even a suspicion that it can in any event be abandoned; and indignantly frowning upon the first dawning of every attempt to alienate any portion of our country from the rest, or to enfeeble the sacred ties which now link together the various parts.”

“The alternate domination of one faction over another, sharpened by the spirit of revenge, natural to party dissension, which in different ages and countries has perpetrated the most horrid enormities, is itself a frightful despotism.”

“One of the expedients of party to acquire influence within particular districts is to misrepresent the opinions and aims of other districts. You cannot shield yourselves too much against the jealousies and heartburnings which spring from these misrepresentations; they tend to render alien to each other those who ought to be bound together by fraternal affection.”

The above are quotes from President George Washington’s “Farewell Address.”  Upon leaving office after his second term, the President decided it crucial to inform the American people about what he had learned during his eight years of tenure as our nation’s first President.

His insight was amazing as he discussed foreign relations, public morality, the evils of public debt, and the threat of the different branches of government seeking to intrude into one another’s authority.   Every American should read his entire Farewell Address. But paramount on his mind was partisanship… the evils of party politics.

During the eight years of his Presidency, these opposing views solidified into political parties.  He witnessed the evils political party affiliation generated and feared its influence.

Today, we are witnessing the fruits of his concerns.   The rancor is threatening the union as emotions have been charged by taunting comments from the President, irresponsible statements from politicians, a slanted main stream media, viciously vulgar vocal celebrities, and a pervasive social media... all who have lost control over their language, reason, and actions.

Many Americans did not support President Obama, but they accepted his administration. Although some of the things he achieved they may have disagreed with, they did not verbally or physically attack members of his government.  There were no calls for harassing his workers, nor did members of Congress incite violence against opponents. Neither did members of Congress introduce politically motivated bills for Impeachment.

How things have changed since 2016. America has entered a new paradigm in politics where respect for opposing views has vanished. In its place have come calls for protests, riots, personal attacks, disrupting community activities, violating laws, and encouraging violent groups of agitators to take the streets.

These are the very threats President Washington warned us about.  The rancid smell of poisoned partisanship run amuck.  Those frustrated at the ballot box, have turned to threats and intimidation to achieve their ends.

While these events unfold, where are the calls for peace, civility?  The media, instead of criticizing this bullying, laude the perpetrators by making them media stars.  Politicians, who should know better, either remain silent or actually grab a megaphone to egg on the anger.  Some professors in Universities, instead of instructing students about tolerance and critical thinking, use their positions to incite anger, intolerance, and suppress Freedom of Speech.

There has to be a call to reason.   What marries us as a people is respect for one another, respect for diverging opinions, reverence for the underlying foundations of our republic, and the spirit of compromise. This is the spirit of democracy.

As Americans, we must confront those forces that seek to divide us into warring camps.  Democracies are delicate instruments of government.  Both the Roman and Greek Republics collapsed under similar pressures and the ability of free men and women to rule themselves vanished for 2,000 years!

Failure to take action will ultimately result in the unwinding of this great nation.  The poison will spread; it will infect the entire body politic; and it will kill our 228 year old experiment in self-rule if we are not vigilant.