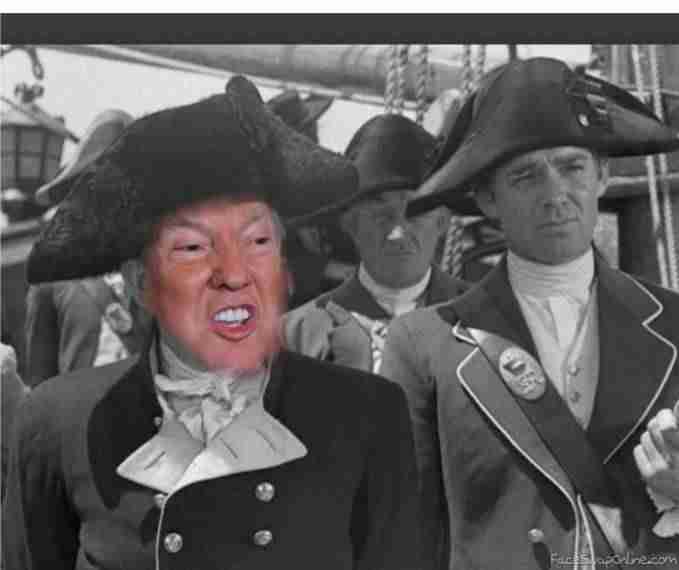 The author took pains to reassure the nation that there’s a hidden insider cabal  working to undermine Trump. That’s somewhat uncomfortable because no one knows who’s part of the coup, and whether their motivation is patriotism, or a desire to burnish reputations deeply tarnished by association with Trump. Maybe it’s both.

The op-ed said little that’s new about the president. Numerous books and articles have detailed the same allegations, but they’ve seldom come from active Trump sidekicks who’re cooled by the same plumes that wave heat away from pharaoh’s brow. What’s new is the secret plot to thwart a president that many feel was unlawfully elected with assistance of a foreign power. The situation is nuanced, and it feels dangerous, precisely because Trump is so erratic.

Trump admits that he thrives on chaos, dueling personalities, and that he brooks no opposition. While not disqualifying traits in a president, this embrace of institutional discord makes a majority of Americans very nervous, borne out by Trump’s recent poll numbers. Snatching children from their parents at the border, embrace of dictators, allegations of financial scandal, and unrelenting attacks on everything from the news media to the NFL will do that. Trump invites pushback.

The president has scant regard for norms customarily associated with the highest office in the land and, given this proclivity, must’ve known everything about him would be fair game. There’s good reason that there’s no such thing as libel of a public figure. The law protects debate and criticism, perhaps the reason why Trump wants to change libel rules. Trump’s outrage at the Times for being outed as a dyspeptic leader hints at harsher remedies than the usual treatment of his enemies as fodder for a hypomanic Twitter feed.

The crisis of leadership is severe enough that the vice-president, cabinet members, and appointees felt obligated to pledge allegiance to Trump, via denials they wrote the op-ed. The president has made so many enemies, however, that it’s going to be hard to finger the culprit. Take the intelligence community and the justice department. Each is a formidable foe that, no doubt, has been aggravated by Trump’s disdain for their top leadership. History teaches that when the emperor wars against the Praetorian Guard it doesn’t turn out well for him.

Republicans, including Trump’s most dedicated base, must prepare for the end of this unsuccessful experiment in outsider governance. It’s vital to seek a new leadership model more in line with traditional norms. Failure to do so could doom the party for decades. Americans are skeptical of cults, yet that’s what the Republican party has become. The country deserves better, and a lot less drama.

More in this category: « Anonymous coward hiding in the Trump White House with NY Times op-ed Crouere's Top 10 To-Do's for President Donald Trump »
back to top