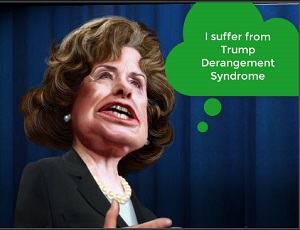 During this age of Trump Derangement Syndrome, Democrats sink to new levels of lunacy every day.

As Congresswoman Maxine Waters (D-CA) encourages liberals to harass Trump administration officials and supporters, several crazed activists have gone too far. This week, a GOP office in Wyoming was set on fire by an arsonist, likely a far-left Democrat extremist.

Even worst, a Republican congressional candidate in California was almost stabbed to death by a liberal activist who attacked him at a festival. These actions are so troubling that House Majority Whip Steve Scalise (R-LA) was compelled to warn Democratic Party leaders to “stand up to this.” Of course, last summer, Scalise was shot and almost killed by a deranged Democratic Party activist and Bernie Sanders supporter at a congressional baseball practice with fellow Republicans.  Scalise noted the recent harassment of Republican elected officials and Trump appointees. He said, “some on the left are inciting this violence and frankly they should be called out on it.”

Unfortunately, almost no Democratic Party leaders are condemning this behavior. The absurdity of today’s Democratic Party has been on full display during the Judge Brett Kavanaugh Supreme Court hearings. Sadly, the proceedings were interrupted by protesters on multiple occasions. It was so nasty that the Judge’s children had to be escorted from the hearings. In the first two days, almost 150 leftists were arrested. In fact, videos showed some of the protesters being paid by organizers linked to George Soros, the left’s most prolific donor.

Democratic Senators on the Judiciary Committee continually interrupted the Chairman U.S. Senator Charles Grassley (R-IA) and tried to highjack the hearings. However, the latest stunt is the most disturbing and most embarrassing. U.S. Senator Diane Feinstein (D-CA) claimed that she received a letter from a woman who will not come forward and will not authorize her name to be released.

Despite her request for anonymity, her letter was turned over to the FBI. Supposedly, the woman claims that in high school Kavanaugh held her down and tried to force himself on her. It is alleged that he was assisted by a classmate who raised the music level so her pleas for help could not be heard. In response, Kavanaugh “categorically and unequivocally” denied the accusation that he behaved in such a way “back in high school or any other time.”

His supposed accomplice said he had no recollection of such an event. Today, Senator Grassley released a letter signed by 65 women who knew Judge Kavanaugh during high school. In it, the women claim that Kavanaugh “behaved honorably and treated women with respect.”

Democrats hope the Kavanaugh accuser will come forward, so they can transform her into another Anita Hill. In 1991, Supreme Court nominee Clarence Thomas was accused of inappropriate behavior by Hill, who had previously worked with him.  Hill almost derailed his nomination by alleging inappropriate behavior. She said that Thomas made passes at her, alluded to pornographic movies and made references to a public hair on a can of coke. Thomas denied the charges and angrily referred to the hearing as a “circus,” and a “high tech lynching.” Eventually, he was confirmed by a 52-48 vote, but it was an ugly and unfair process to say the least.

With this accusation, Democrats think they have found a way to derail Kavanaugh. Hopefully, the desperate stunt will fail as the Judge has provided more documents to the U.S. Senate than any other Supreme Court nominee in American history. He has been repeatedly vetted by the FBI during his distinguished career. According to White House Spokesperson Kerri Kupec, Kavanaugh “sat through over 30 hours of testimony, addressed over 2,000 questions” during the confirmation process. In this confirmation process, Kupec also noted that the Judge conducted 65 meetings with Senators.

This last-minute antic is ridiculous. Will Democrats next claim that Kavanaugh stole crayons from a girl in Kindergarten? This alleged incident occurred 36 years ago. There was no criminal charge and no investigation of the supposed behavior.

It should have never been introduced in this process. The only reason Democrats are using it now is to disparage the fine reputation of Judge Kavanaugh and try to delay the proceedings until more “dirt” can be manufactured. The overall goal is to delay this process until after the mid-term elections when Democrats hope to take back control of both houses of Congress. 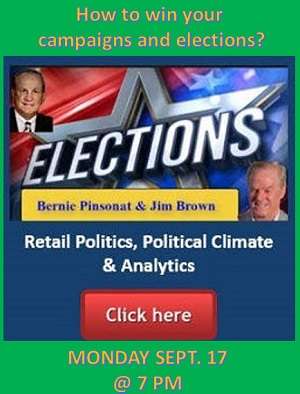 These crazed antics should encourage reasonable voters in the mid-term elections to dismiss Democratic Party candidates completely. This type of behavior should not be encouraged, it should be rejected by voters longing for more civility in our political process.

Let’s hope Democrats do not win the mid-term elections for if they do the actions of the last few weeks will be a mere foreshadowing of what we can expect for the next two years. For Democrats will stop at nothing to defeat in the 2020 election their most hated of all Presidents, Donald Trump.

More in this category: « No Witch hunt: Mueller draining Trump’s swamp with Manafort plea Deciding Ford vs. Kavanaugh: The raping of a nation »
back to top