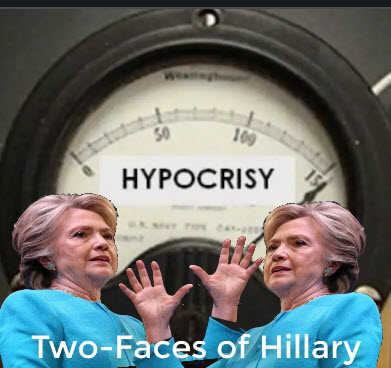 He has been subjected to the same “circus” that Clarence Thomas faced in 1991. Like Thomas, Kavanaugh is dealing with a last minute salacious charge of abusive treatment of a woman. While Thomas had to answer to charges from a former work associate, Anita Hill, Kavanaugh must now respond to charges from a woman who is claiming he groped her 36 years ago.

The accuser is Dr. Christine Blasey Ford, a left wing activist who has donated to Democrats, attended anti-Trump rallies wearing a pink vagina hat and signed an anti-Trump letter. Supposedly, Dr. Ford did not want her name to be released publicly, but she hired an attorney, took a lie detector test and scrubbed all of her social media accounts. She said nothing about this alleged assault for decades, so her last minutes charges are suspect to say the least.

In reality, Kavanaugh has an unblemished record as a public servant and has been investigated by the FBI six times as background checks for government positions. In response to Dr. Ford, 200 Women who actually knew him in high school have signed a letter vouching for Kavanaugh’s good character and his respectful treatment of women.

Not surprisingly, the liberal media is siding with Dr. Ford and questioning the integrity and credibility of Judge Kavanaugh. Joining in that chorus is Hillary Clinton, a woman who spent decades doing damage control for her philandering and abusive husband, Bill Clinton, who was accused of rape, harassment, groping, mistreatment and a variety of other inappropriate and criminal activity toward women.

It is the height of hypocrisy for Hillary to be condemning Republicans for putting Dr. Ford “in the dock” and not giving ample time for an investigation. According to Hillary, Dr. Ford deserves the “benefit of the doubt,” but Hillary sure did not give her husband’s accusers, Paula Jones, Kathleen Willey or Juanita Broaddrick, the benefit of the doubt.

Hillary Clinton represents the vast majority of Democrats who gave U.S. Ted Kennedy every accolade during his life despite his responsibility for the death of Mary Jo Kopechne in Chappaquiddick. It is the same party that awarded Bill Clinton with their presidential nomination and continues to cover for their current leaders, such as Vice Chairman and U.S. Congressman Keith Ellison (D-MN), who has been accused of assault by a former girlfriend.

In the Ellison case and many others, the silence from Democrats is deafening. Obviously, they are only concerned about defending women when it suits their political purposes.

More in this category: « Deciding Ford vs. Kavanaugh: The raping of a nation Kavenaugh, Ford rumpus sharpens women's outrage vs. Trump, GOP »
back to top