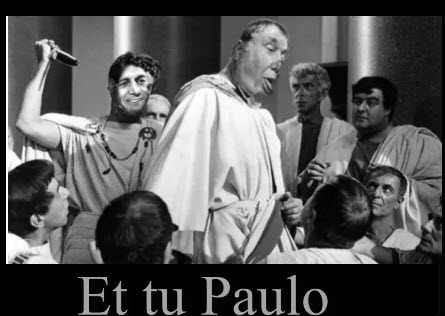 It is already difficult enough for Republicans to win elections today. They face an onslaught of unfair media coverage and an array of special interests working on behalf of the Democrats. It is even more difficult when the top party leader, House Speaker Paul Ryan, is regularly critical of President Trump. The latest controversy involves the question of birthright citizenship. Currently, American citizenship is granted to children of illegal aliens who are born in this country. In an interview this week, the President vowed to end the practice through executive order.

Not surprisingly, the plan was criticized by an array of Democrats and members of the mainstream news media. However, it was also criticized by the Speaker Ryan, who said Trump “obviously cannot do that.” Ryan compared Trump to former President Obama “who tried changing immigration laws via executive action.” Ryan claimed that “as conservatives, we believe in the Constitution.”

The criticism of Trump is nothing new for Ryan, as he has been doing it since Trump announced his presidential campaign. Ryan also knows he will garner sympathetic media coverage for attacking the President’s comments or policies. Ryan has condemned President Trump’s positions on Russian collusion, the travel ban, trade, and a variety of other issues. He enjoys taking the moral high ground and implying President Trump is either sexist or racist. In this case, he is fostering an image of standing for the “Constitution” while the racist Trump is targeting hard working illegal immigrant families.

Unfortunately, Ryan has never been a strong supporter of securing the border or building a wall, so he opposes the President on his signature issue. Thankfully, he is retiring and will not run for another congressional term. Yet, he has created so much division within the Republican ranks, he is almost guaranteeing that U.S. Representative Nancy Pelosi (D-CA) will succeed him.

Republicans should have demanded that Ryan resign from Congress immediately after announcing his retirement. It was unwise to enter an election season with a party leader who was abandoning ship at the most critical time. Even worse, he is taking unnecessary potshots at the President on the way out of office.

All of this has given more encouragement to Democrats, who are working to wrest back control of the House of Representatives for the first time in 8 years.

The only hope Republicans have is President Trump, who will be headlining 10 rallies across the country in the final days of the election. Maybe he can pull the House Republicans across the finish line with no help from Speaker Ryan.

Now, Democrats need the votes of illegal aliens, so they are denouncing the President’s plan as racist.  Hopefully, the President will not be deterred for eventually the issue needs to be settled by the U.S Supreme Court.

While Democrats cite the 14th amendment as justification for birthright citizenship, the President notes that “many legal scholars agree” with him. One such expert is Professor John Eastman of Chapman University. He believes that the 14th amendment has been “misapplied over the past 40 or so years.” In his view, it only pertains to citizens or green card holders, not illegal immigrants.

For a country facing a massive influx of illegal immigrants, a serious discussion of birthright citizenship is desperately needed. The President is right to want to eliminate this incentive for illegal aliens to enter our country. His concerns have also been shared by leaders across the world. Birthright citizenship has been eliminated in every developed country, except Canada and the United States. Let’s hope American voters will cast their ballots with this issue in mind as we need to determine whether offering such enticing incentives for illegal immigrants, such as birthright citizenship, should continue.

More in this category: « Clockwork Orange is the new America Jobs report great as Trump, GOP enter mid-terms, but wait! »
back to top