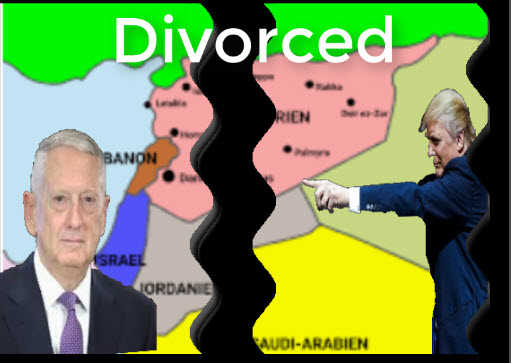 In November of 2016, the American people elected Donald Trump to be our nation’s 45th President. He campaigned on a platform of bringing our troops back home from Syria and Afghanistan and focusing on an “America First” foreign policy. By announcing he was removing our 2,000 troops from Syria, the President is following through on another campaign promise.

Syria is a hodgepodge of multiple terrorist groups, regional forces, foreign troops and religious fighters exerting influence. Our forces have been working with the Kurdish fighters in the Northeast section of the country fighting Islamic State terrorists. The operation has been an amazing success and the Islamic State has suffered tremendous losses. In both Iraq and Syria, the terrorists now control only 1% of the land they used to dominate.

At this point, it is a good time for the United States to declare victory and bring our troops home. The U.S. Congress never declared war on Syria, so there is no formalized commitment that our military must maintain in that country. Nonetheless, since the Syrian civil war began in 2011, our country has gradually increased our military activities and troops in the country.

In fact, President Trump authorized military strikes in both 2017 and 2018 against the forces of Syrian dictator Bashar al-Assad. Those strikes were limited responses to Assad’s use of chemical weapons against innocent civilians. It proved that President Trump is not reluctant to use military force when necessary, but at this point, he has rightly determined that an ongoing presence of our military forces in Syria is not in the national security interest of the United States.

Predictably, neo-conservatives, hawks, Trump haters and pro-intervention politicians expressed their extreme displeasure with the President’s decision. It was certainly a factor in the resignation of General James Mattis as Defense Secretary. Obviously, the President disagrees with the critics and as our Commander-in-Chief he is able to make the final determination of where the troops should be deployed.

The conflict in Syria will continue with or without the involvement of the United States. These warring factions have been battling for centuries and will continue to battle, regardless of our 2,000 troops. This is not a conflict that directly impacts our national security. There are wars raging all over the globe and we have no business getting involved in the vast majority of them.

The controversy over the Syrian announcement is just another opportunity for Trump critics to rant and rave and express their view that this President is not fit for office. Because of the Syrian withdrawal, some unhinged Trump critics are calling for his impeachment or removal from the presidency.

These perpetual detractors are looking foolish once again. The United States is not the policeman of the world. Our military is the best trained and funded fighting force, but it needs to be used very judiciously.

Under President Ronald Reagan, our military benefited from increased pay and a massive increase in overall spending. Our country was able to purchase advanced weaponry, aircraft and reach the milestone of a 600 ship navy. We repaired broken equipment that had not been upgraded in years, while purchasing new equipment that helped us win the Cold War and the war in the Middle East several years after Reagan left office. However, it is important to note that Reagan rarely sent United States forces into combat.

It was under the administration of President George H. W. Bush that the military was used to remove the dictator of Panama and repel Iraqi forces from Kuwait. After the 9/11 attacks, the United States sent military forces to Afghanistan and Iraq. Today, 17 years later, we are still fighting in Afghanistan, but so is the terrorist group, the Taliban.

The British and the Russians were not able to tame the inhospitable environment of Afghanistan and neither has the United States. At this point, we should also declare victory in Afghanistan and send our troops home from the longest running war in our nation’s history.

President Trump has delivered a tremendous increase in military spending. This has allowed our defense forces to recover from years of inadequate maintenance during the Obama administration. Nevertheless, funding our military appropriately does not translate into sending our forces around the globe.

It is the right call for President Trump to bring home our troops from Syria and look at ending our involvement in Afghanistan. While this mission should end, he should send our troops on another vital mission, much closer to home. There is not a pressing need for our military to stay in Syria, but we have an extremely pressing need on our southern border.

Our military should be placed throughout our 2,000 mile border with Mexico, supplementing the courageous work of our overwhelmed border patrol agents. This is a mission that is essential and will have the strong support of the American people. After 17 years, Americans are weary of war in the Middle East and are ready for our country to start focusing on the problems here not half a world away.

More in this category: « Trump gets shutdown, $5B or Go Fund Me A Wall Mad Dog vs. Madman: Mattis takes stab at Trump-Russia alliance »
back to top