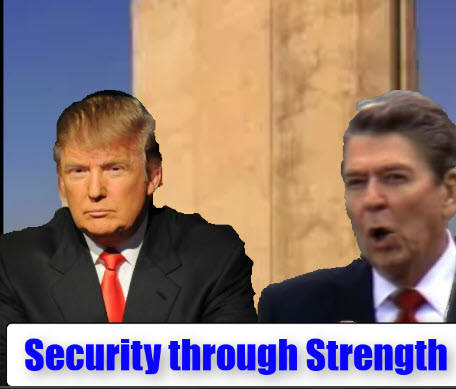 Border security is not racist, for it protects Americans of all races. It is not immoral to build a wall for over 60 countries across the world have border walls. It is not ineffective, but highly effective. On my Ringside Politics radio program, which airs weekdays from 7-11 a.m. CT on WGSO 990-AM andwww.Wgso.com, I interviewed former Shiloh, Israel Mayor David Rubin who claimed that a border wall in his country was so effective that illegal immigrant border crossings dropped from 55,000 to zero.

With a government shutdown closing in on three weeks, talks between the Democrats and the President have broken down. Instead of giving in to demands from hardcore liberals like House Speaker Nancy Pelosi (D-CA), President Trump should declare a national emergency and begin immediate construction.

This step will allow the President to allocate the entire $25 billion needed for the wall, instead of only the $5.7 billion which is the current proposal. The funds can be allocated from the $700 billion budget of the Defense Department. Since 2013, over $27 billion in unallocated funds from the Defense Department has been returned to the United States Treasury. The reason for this massive transfer was that the Defense Department could not spend their entire budget within time constraints. Therefore, according to Harvard Law Professor Mark Tushnet, if the President used these dollars as the source of his border wall funding, he will be “on very solid legal ground.”

Today, in remarks before leaving for McAllen, Texas and an inspection of the southern border, President Trump declared, “I have the absolute right to declare a national emergency. The lawyers have so advised me…I haven’t done it yet. I may do it. If this doesn’t work out I would almost say definitely.”

It is time for the President to stop trying to negotiate with liberal Democrats who cannot be trusted and take action to build the border wall. It will fulfill his top campaign pledge, but, more importantly, it will help secure our nation from the constant flow of illegal aliens, drugs, and crime and legitimate terror threats.

While his action will be challenged in the courts, he will eventually prevail when it arrives at the Supreme Court. In the meantime, the shutdown can be averted and the 800,000 non-essential government employees can return to work.

At some point, the Trump administration should question why our federal government employs so many “non-essential” workers. No wonder our nation faces a deficit of almost $22 trillion. With so much wasteful spending, it is amazing that there is such a debate about spending a relatively small amount ($25 billion) on such an important project like the border wall.

Here’s the answer to the Trump, Chuck and Nancy Border Wall shut down game

Jeff Crouere is a native New Orleanian and his award-winning program, “Ringside Politics,” airs locally at 7:30 p.m. Fridays and at 10:00 p.m. Sundays on PBS affiliate WLAE-TV, Channel 32, and from 7-11 a.m. weekdays on WGSO 990-AM & www.Wgso.com. He is a political columnist, the author of America's Last Chance and provides regular commentaries on the Jeff Crouere YouTube channel and on www.JeffCrouere.com. For more information, email him

More in this category: « Here’s the answer to the Trump, Chuck and Nancy Border Wall shut down game Anti-Trump, Democrat freak show has now begun »
back to top