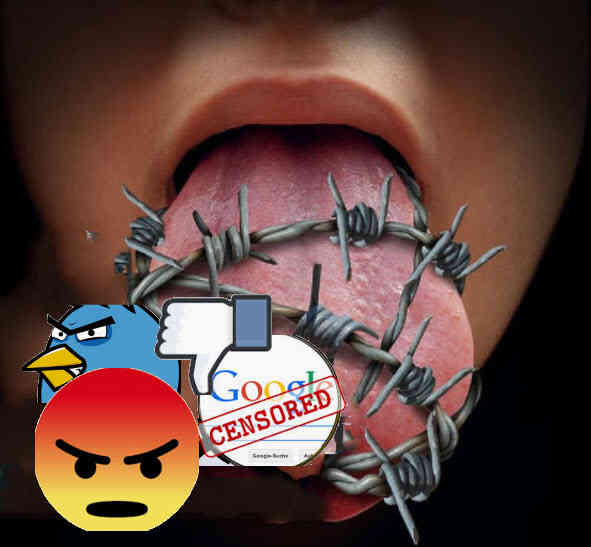 While other pollsters show the President doing better in terms of his approval rating and getting credit for the strong economy, it seems his re-election bid in 2020 will be much closer than it otherwise should be. In reality, with an economy this strong, President Trump should be on the path for a landslide re-election.

Unfortunately, in our country today, the Democratic Party has some powerful allies who boost the political standing of their horrific candidates. The only reason the Democratic Party’s presidential nominee may even have a chance in the 2020 election is due to the tireless work of these powerful supporters.

Obviously, the mainstream news media has consistently been promoting the Democratic Party for decades. This includes the three major broadcast networks, ABC, CBS and NBC, their cable news partners, CNN and MSNBC, and a bevy of powerful newspapers led by such as The New York Times and The Washington Post, as well as news services such as Reuters and The Associated Press.

They are joined by the “Deep State” bureaucrats who are in powerful positions throughout our government and the ultra-progressive culture warriors that control Hollywood and our entertainment industry.

Despite the incredible influence of these powerful Democratic Party allies, they pale in comparison to the new “Masters of the Universe” who control several huge social media platforms such as Twitter and Facebook. This increasingly important ally for Democrats is getting ready to exert tremendous influence in the 2020 election. It can be argued that the left-wing bias of social media helped the Democrats win control of the House of Representatives in the 2018 election. The “blue wave” in the recently concluded mid-terms is a mere appetizer for what the social media giants are preparing for the 2020 presidential election.

Their most important tool is censorship and they utilize that weapon on a regular basis. Every day, social media platforms ban conservative activists and media figures from their sites. Last week, Alex Jones, controversial talk show host and commentator, was banned by Facebook. This follows his removal from other platforms such as YouTube and Twitter. Along with Jones, Facebook banned conservative commentators Paul Joseph Watson, Laura Loomer and others in an all-out attack on “far-right” and “fringe” personalities. Facebook even deemed the popular videos of conservative personalities Diamond and Silk as “unsafe to the community.”

While some of the opinions espoused by these commentators may be controversial, conspiratorial or completely inaccurate, they should be protected by the free speech rights enshrined in the First Amendment. The fact that these protections are eroding in our society is downright frightening.  An Orwellian suppression of free speech is not only a disservice to the American people, it also helps promote the prevailing liberal ideology that has not been banned by either social media or their partners in the mainstream news media.

The social media agenda is apparent to any objective observer. They will be working overtime to assist the Democratic Party between now and the election next November. The examples of such assistance are plentiful. For the past week, Hollywood conservative James Woods, a rare breed indeed, has been banned by Twitter. In response, President Trump tweeted an important question, “How can it be possible that James Woods (and many others), a strong but responsible Conservative voice, is banned from Twitter?”

Sadly, it is possible because these social media outlets do not care about fairness or freedom of speech. They only care about power and promoting their left-wing ideology. To win the 2020 election, it will be essential for these social media titans to continue to silence those voices who may be promoting President Trump or providing an alternative narrative to the liberal propaganda being promulgated by the allies of the Democratic Party.

The assault on conservative values is pervasive and dangerous. It not only includes the First Amendment, but the Second Amendment as well. On Saturday, Donald Trump, Jr. raised concerns about Google’s rejection of an advertising request by a pro-hunting group, the Rocky Mountain Elk Foundation. Trump, Jr. tweeted that Google was “kowtowing to leftwingers & blacklisting hunters from advertising on their platform. But we’re really supposed to believe that Big Tech isn’t biased?”

Clearly, “Big Tech” is biased against the right to bear arms and the free speech rights of a hunting group with a long tradition and a large following in Montana. Fortunately, some members of Congress are fighting back. On Friday, U.S. Senator Steve Daines (R-MT) and U.S. Representative Greg Gianforte (R-MT) sent a letter to Google’s CEO Sundar Pichai insisting on a reversal of the advertising ban. It states, “We, therefore, demand you reverse these prohibitions and request that Google reexamine their policy interpretations on prohibiting hunting promotions. We also request a meeting to discuss the importance of Montana’s and the United States’ hunting heritage.”

Hopefully, these lawmakers will be able to convince Google to reverse their policy; however, it is just one battle in a continuing war with the social media giants. It is time for hundreds of members of Congress and political leaders across the country to challenge the daily assaults on the rights established for Americans in our all-important first two constitutional amendments.

If not, more our precious constitutional rights will be forfeited until the day arrives when those who strongly believe in these amendments may be imprisoned for espousing “dangerous” ideas. Liberty loving Americans must begin to immediately engage in this monumental struggle for it is about much more than the 2020 election, it is actually a fight for the future survival of our free nation.