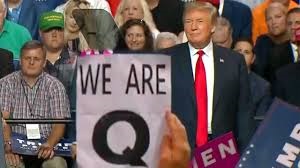 My response to the Republican National Committee:

On Friday (Aug. 23),I received the attached “Trump Agenda Survey,” aka “A Project of the Republican National Committee,” cleverly disguised as a solicitation for a monetary contribution even though I was forced to walk away from the Republican Party several years ago because:

In short, the Republican Party, led by the likes of Trump and Mitch McConnell, more resembles a totalitarian party than one that represents the American citizens.

The Republican Party no longer is the stalwart opponent of the communist government of Russia and North Korea, as evidenced by its silence when Trump fawns over those countries’ leaders.

The Republican Party is no longer the staunch, proud opponent of slavery, as evidenced by its deafening silence over the caging of children who are forced to live in squalid conditions no animal should be forced to endure.

David Duke must be so proud of you.

I’m sorry, but I do not believe a truly patriotic political party would stand silently by while the president smugly refers to himself as “the chosen one.” A truly patriotic party would not stand idly by as he drives the country—and the world—into a recession with his chaotic trade policies. A party with an iota of dignity and self-respect might even ask Trump to “pick a position and stay with it; quit flip-flopping.” A truly responsible party would not condone the description of African countries as “shit-hole countries.” A truly patriotic party would never look the other way as innocent children are caged without toothpaste, blankets or clean clothing. A party that sincerely loves this country would address solutions to mass shootings in an adult, responsible way—instead of offering the by now cliché “thoughts and prayers,” and mumbling, “Now is not the time to make this (pick a shooting) tragedy a political issue.”

I have long lamented the fact that we were losing jobs to countries like Bangladesh, Indonesia, China, India and Korea because of cheap labor. On that point, I can agree with Trump. Most people I know do, too. We would love nothing better than to see manufacturing jobs returned to this country. But no one, including POTUS, can “order” American companies to cease doing business with China. If such an order were to be implemented, Walmart would be out of business within a week. Such an “order” is the type action only a dictator would—or could—take.

Or, perhaps the “Chosen One.”

Here is the POTUS order-by-tweet:

Our great American companies are hereby ordered to immediately start looking for an alternative to China, including bringing your companies HOME and making your products in the USA.

In short, the Republican party is despicable, disgusting, uncaring, callous, and unresponsive to the concerns of this country.

So, no, I shall not be contributing one dime to any candidate, national or local, who indicates his unwavering, unquestioning, devotion and loyalty to such a monster as Donald J. Trump or Mitch McConnell—and that includes our two Republican candidates for governor of the state of Louisiana who proudly wear their lack of moral courage and convictions on their sleeves.

Not necessarily a proud Democrat, but for damned sure not a Republican,

(Disclaimer: I post this with the full knowledge that Trump’s core supporters will come out of the woodwork to nail me to the wall. So, having acknowledged that fact, enjoy yourselves. I would never deny anyone the right of free expression because that’s the American way. Just keep it clean and civil.)

More in this category: « Over the top Trump, left-socialists Dems, race to the elections bottom Fox's Cavuto, the latest to see the light, facing the Trump Train? »
back to top