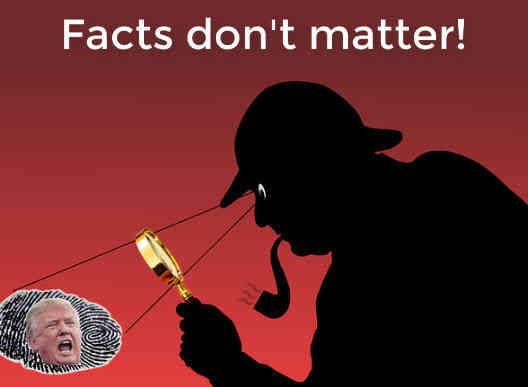 In short, I believe it appears that the evidence of quid pro quo is absolutely there. The only real issue is Donald Trump's intent to determine if extortion or bribery was committed or if the president was acting more in the public interest than for his own personal benefit.

It is possible that the President was engaged in both when he pushed for the investigations now of controversy. If so, I believe the focus turns to which was the primary purpose of his activities that have launched the impeachment process.

I also feel that the evidence could be overwhelmingly against Trump but it will not move the needle in the Senate. Facts are irrelevant. This fight is all about politics.

THE FOCUS IS RUDY AND CNN

i think the Dems and the public are missing the overall issue here.

They appear to focus upon the phone conversation of July 25. That was only a piece to the puzzle. That was the act that started the complaint which ended up as the investigation. But as the facts are emerging, the real alleged impeachable evidence occurred afterwards.

There is very little doubt that the president wanted the Ukraine prez. to go on TV, specifically, CNN, to discuss the investigation of Biden and the 2016 elections. There is very little doubt that there was direct consideration--"you don't get the money or the meeting unless you do this TV interview". This occurred right before the whistleblower went to report his concerns. When news got out that there was a whistleblower and the issue was Ukraine, the money was released and the TV interview was in effect, moot and cancelled.

Regardless whether one can argue there was no quid pro quo during that phone call, the end result is, there was one weeks later. This would be extortion if the main reason for the investigation was to help/protect the president politically. I say, main reason, because the president might have had a general sense of concern about corruption but if the driving force was the 2016 election and Biden, then, to me, that is extortion.

So, how do we point to the personal benefit vs. the public gain as it relates to Ukraine? I think the answer is very simple. Look at Rudy Giuliani. He was in charge of the foreign policy as it related to Ukraine. He made it known that there were conditions and those conditions were articulated to others.

And key to this question is the role that Rudy played. He has frequently stated that he was there to get information to help his client. His client was NOT the United States of America. It was President Donald J. Trump.

Rudy was calling the shots and his goal was to protect Trump personally. One also should look at everything that was happening behind the scenes and those developments or non-developments. Did the president complain about Ukraine corruption to Congress? Did he send a White House aide to announce that aid should be held up? Did he notify Congress that he had concerns about Ukraine corruption and if so, did he articulate what those concerns were? If not, why not?

I await for the hearings and I don't believe that any mind should be made in favor or against articles of impeachment. But, I also believe that when the president claims the call was perfect, notice that he is not talking about all of the meetings, the discussions, the text messages, phone calls and conversations that had taken place prior to and after the July 27 phone call.

For me, everything points to and culminates with demanding the Ukraine president sit down with CNN to announce upcoming Ukraine investigations of Biden and the 2016 elections. If the Dems do not focus upon that, they will have real difficulty in getting wide support behind Articles of Impeachment.

Moments after the Impeachment investigation hearing on Wednesday, I quickly wrote the below and posted it on my Facebook page. It received a lot of responses, both pro and against.  I post it here for your review:

SO, POST-HEARING, MY FINDINGS...
1. The Democrats have not proven that the July 25 phone call was condtional. The President of Ukraine said there was no pressure. I personally believe the Ukraine prez was not telling the truth because the adhesive relationship between the two and because fifteen minutes before the phone call, Ukraine prez assistant Yermak gets text from Volker: "Heard from White House - assuming President Z convinces trump he will investigate / 'get to the bottom of what happened' in 2016, we will nail down a date for visit to Washington." This is important and cannot just be dismissed. How the prez cannot be concerned about the meeting he wanted and later about the $$ he found he was not getting is ludicrous.

2. In my opinion, there is no doubt that there was a quid pro quo. Trump was demanding that the Ukraine prez go on CNN and announce the investigations into Biden and 2016 elections and unlike what Trumpers are claiming, the money was released ONLY AFTER the whistleblower info went public. So, ask yourself, why would the president of Ukraine now go on CNN and announce an investigation if he got his money? Trump no longer had the leverage. In my opinion, this is where the pressure was consumated but it started long before the July 25 phone call.

3. Trump is being incredibly disengenuous and selfish to say we need to violate the whistleblower law to protect himself and endanger the whistleblower and at the same time refuse to allow critical witnesses to testify. Their position is--this is only hearsay, can't impeach a president on hearsay. Well, the simple solution is for the President of the US to do like Ronald Reagan and open up the information and allow testimony. But Trump won't but he is willing to put the life and family of the whistleblower at risk. This is so sinful, it is virtually criminal in my opinion and should be a grounds for impeachment.

4. There is no doubt whatsoever that the two witnesses today felt that Trump was acting in his own personal interest and not in the interest of the United States.

5. New evidence previously not presented-- the Eu Ambassador reportedly said after getting off the phone with Trump, the day after the phone call with Ukraine prez, Sondland said, that President Trump cares more about the investigations of Biden than Ukraine.

6. The Trump defense is "crazy". They are saying there was no quid pro quo. But then they are saying the president could put whatever conditions it wanted at any time on any deal of his making.. So, did he put conditions on the money and the meeting or not? Pretty easy to determine.

7. Kent was incredible. He said straight out that this was hijacked by Rudy G. on a personal mission, not a national mission. He went into incredible detail about how an administration approaches fighting corruption, the hierchy, the rules, etc. and this was so deviant from what was normal that the only explanation would be that they were doing this for the president's personal political gain.