Door 2020 opens to future road of wacky uncertainties and upheavals 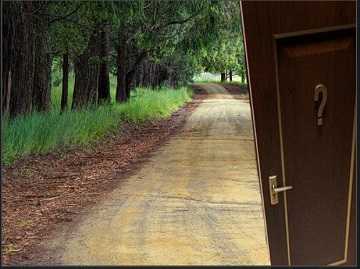 Everyone with common sense, by now, has realized that their resolutions for the New Year are headed for another heap of aspirational disappointment. The pundits, as is their want, saw a future no more reliable than what the Oracle of Delphi’s spake.

The problem with seers, Nostradamus and client scientists excepted, is that they divine for the short

From and leave the breadth of human history to the halls of academia, and Oliver Stone. We’ve decided to help and offer a view of humanity in these United States for the decade of the 20’s. They will be roaring, but not with happiness.

The coming decade will mark the mass migration of the baby boomers to the grave. The largest generation in the history of America, by the end of the decade, will be decimated on account of youthful improvidence, starting with drugs and alcohol. Those who escaped from the 1960s without doing damage to themselves will have feasted on rich gastronomy, pretentious jubilee, and the kind of moral certainty that keeps one up at night. No one will miss them.

Once the majority of the boomers are gone, and their remainders confined to the slow demise of the old folks’ home, their children will work vengeance on all that they stood for.

Catholicism and the Republican party will become small cults of the disaffected. Religion, generally, will be taxed to a degree that it will be hard-pressed to be the force it’d been in the 20th Century.

In a Mao-like cultural Revolution, Doctors will be paid less than refuse collectors and, in the event of physician shortages, Bright humans will be forced into the profession. They and lawyers, hedge fund managers, and business executives will be required to spend years in re-acculturation centers where they will be subjected to Neuro-Linguistic Programming.

Coal will be outlawed, as will all fossil-based fuels. Every home will be required to supply its own energy or risk being burned down. Cars will be confiscated and melted down to make rapid transit rail. Money will cease to exist, except for the greedy who will be forced to use primitive Tongan stones with holes in the center so it can be put to use in an as yet unascertained way.

Birth control will be mandatory. Children will be rationed, and their conception permitted only through government quotas and licensing. Sex will be encouraged as a means of keeping the population distracted from the changes in society and to keep the masses happy. Prostitution will be an honorable, high-status occupation. All children will be homeschooled.

Most alive now will never see these things come to pass, but one notable relic from our era will. His name is Donald Trump. It turns out that Ponce De Leon’s famed spring of eternal life gurgled just beneath Trump’s bedroom. Unlike mere mortals, Trump is doomed to live forever.

More in this category: « US leftists not "Home Alone" with Trump Derangement Syndrome Soleimani's terror threat was impeachable yet Democrats blame Trump »
back to top