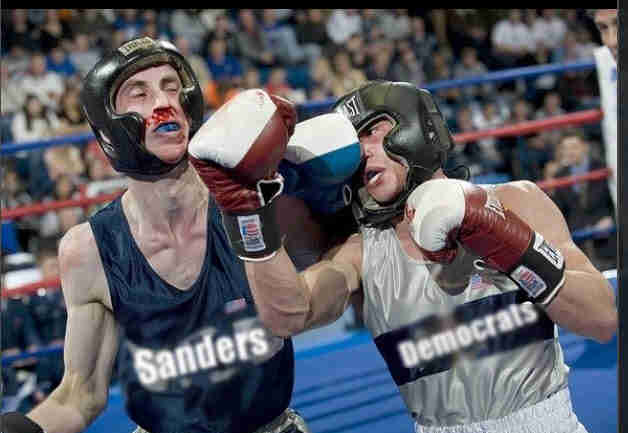 Sanders was a loyal soldier in 2016 and eventually campaigned for Clinton, despite the unfair treatment he received. In this 2020 race, his supporters were hoping that a political “revolution” would occur, and millions of new voters would flood the Democratic primaries, giving Sanders a pathway toward the nomination.

Instead, his pathway has been closed by the current insider favored by the establishment, former Vice President Joe Biden. The Democratic Party power brokers have been desperate to stop Sanders because they believe his brand of socialism will not prevail in an electoral match-up against President Trump.

After the initial choice of the party elite, businessman Michael Bloomberg, bombed in the debates, there has been a rush toward Biden. He won South Carolina’s primary after a strong endorsement from U.S. Congressman James Clyburn (D-SC). With renewed momentum, Biden was the most viable alternative to Sanders.

Certainly, party insiders pressured the other more “moderate” candidates, Pete Buttigieg, and U.S. Senator Amy Kloubuchar, to exit the race, allowing Biden to pick up most of their votes. He even was endorsed by former Democratic presidential candidate Beto O’Rourke, which probably helped Biden win the primary in Texas. Overall, Biden won 10 of the 14 states participating in Super Tuesday. The recent endorsement from Michael Bloomberg has given Biden even more momentum going forward.

At this point, Biden is the clear favorite to win the Democratic Party’s nomination and face President Trump in the general election. Once again, Sanders, the socialist outsider, will be denied the nomination by party insiders who used their power to benefit Biden.

They are committed to Biden despite his history of gaffes and inappropriate public touching of young children and women. Democrats are so desperate to defeat Trump they will overlook Biden’s mental lapses and clear confusion on the campaign trail. Their best strategy will be to keep Biden away from public events and the cameras so he will not make any more embarrassing mistakes.

It will be a tough challenge for President Trump to defeat Biden because he has appeal to working class voters and will be formidable in the Rust Belt states that Clinton lost in the 2016 election. The President’s best strategy is to remind voters than Biden is not the change agent America needs. In contrast, he is a 50-year politician who helped create the serious problems our country faces today.

Once again, the 2020 presidential election will match an insider, Biden, against an outsider, Trump. Voters will decide whether to continue the President’s policies, which have been major changes from past administrations, or if the country will revert back to “business as usual” and elect as President a candidate who has been running for the White House for 32 years.  The stakes in this election for our country have never been higher.