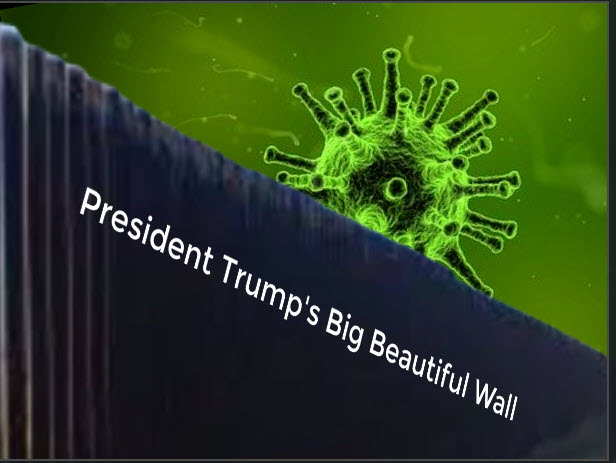 As usual, President Donald Trump and his buds have pulled out the blame game, which is standard freight for this administration. Whenever our fearless leader is backed against the wall on any issue, he counterpunches and blames everybody else but accepts no personal blame.  Ever.  Then he launches into the “hoax”, “witch hunt” or "political coup against the president" mantra and his chorus repeat the chant, louder and longer.

We know, without any doubt, Trump did not cause the worldwide scare, the Coronavirus. To his credit, he’s tried to downplay our concerns as have other presidents during urgent times.  The problem is, he is no FDR.  In my view, given the misrepresentations he has made,  the only thing to fear just might be Donald Trump, himself.

Last week, the president said that the virus response has been perfect, just like that transcript. He told us the virus could disappear almost magically. He said the number of cases, which at the time, were fifteen would dwindle down to, maybe two or so, then, be gone with.  He’s blamed the stock market collapse and the actual virus scare on the media and the Democrats.  He has stated they are playing politics with the corona,  implying that if they and the media stopped talking about all of this, life would essentially be business as usual.No virus. No bear market.

His top counselor or spokesperson, Kellyanne Conway rebuked the media and said just last week that the disease has been contained. His former chief of staff (acting) Mick Mulvaney told CPAC that the media has only started paying close attention to the coronavirus because “they think this is going to be what brings down the president.”

Trump somehow led some people to believe they could go to work despite their having the virus.  On Friday,  he told us that he preferred to keep folks on the cruise ship because he liked the virus inflicted numbers where they are.  The only logical explanation of his statement can be, he did not want higher numbers to cause any further political damage, a strange moment for someone blaming others for playing politics with a virus.  Certainly, he could not be referring to the health of the virus-ridden staff and voyagers.

Trump has repeatedly told us by tweet and during news pressings that the flu is much worse than the coronavirus. On Monday, he tweeted, "Nothing is shut down, life & the economy go on. At this moment there are 546 confirmed cases of CoronaVirus with 22 deaths. Think about that!”

So, let’s think about it.

The German prime minister estimates that up to 70 percent of her country could be affected by the virus.  The entire country of Italy is on lockdown. The Israeli tourism industry is on life support since it imposed a self-restraining 14 day quarantine period before entering the country. The March Madness won't have any live fans to watch the best of college basketball. Now, the US is thinking about restricting all travel from Europe.  Europe. Let that sink in.

Today, Doctor Truth, or otherwise known as Dr. Fauci, told Congress that if mild cases of the virus are counted, the mortality rate is probably about 1 percent — “roughly 10 times more lethal than the seasonal flu.”  The good doctor told Hannity last night that around 15 percent of those infected could "get into trouble."

Today we discover that matters are so sensitive (presumably politically)  that the White House has declared its health meetings “classified”, which some experts believe will only hurt the country’s response.

The White House does not want the country to know how "good" things are for us, so it won’t let the information sunlight in? Why the hiding? is the danger that is so top-secret? Does he not want us to know how deadly is the flu?

Brian Monahan, the attending physician of Congress and the U.S. Supreme Court, said today he expects 70 million to 150 million people in the United States will become infected with COVID-19.

Yet, according to Trump, Rush Limbaugh and so many others who would not dare play politics with the virus—again,, we should be more concerned about the flu.

So, again, let’s think about it.

If President Trump and Limbaugh and Mulvaney are so certain that the real threat is the flu, not the virus, then, what the heck is the president waiting for?

He will speak to the public tonight, given the stock market once again has tubed over 1464 points, calling out the Bears after over a ten-year bull run.

And just what can the president tell us, given his certainty that the virus has been contained and that administration has been perfect, despite enabling less than 7000 virus tests while countries such as South Korea have tested hundreds of thousands? Specifically, if the president is the man of such power and persuasion he claims to be, then shouldn’t he be combating the real threat as he claims it to be-- the flu, not the virus?

Shouldn’t he be telling all of those Presidents of Universities, those captains of industry, those scientists that we are in a crisis, a  national emergency and that he wants to divert that roughly 9 billion dollars he and Congress have just approved to fight Coronavirus and build a big beautiful wall instead to contain the flu?

If President Trump refuses to put the flu front and center,  wouldn't he just be caving into to the likes of the media, the Democrats, the globalists?

His failure to take such immediate steps would be absolute proof he is weak on stopping the flu (which he insists is our real concern). Not doing enough to defeat that scourge would be, to some extent, irresponsible to ignore those who get really sick, or worse, who perish from the flu.  Heck, as the White House has said, the virus is contained. So, why is he not demanding we get rid of the real threat facing the American people?

Let’s not forget, he is not just the president.   Like everything else, as he said on Friday, this stuff comes easily to him. So failing to focus upon the real killer would be total neglect.

There should be no doubt what our next step should be. After all, he surely knows more than the doctors and scientists.

DISCUSS THE COLUMN BELOW, LET US KNOW IF YOU AGREE OR DISAGREE?

More in this category: « It's Trump vs. Biden, Deep State, Media, Globalists, Coronavirus, more Trump declares National Emergency, time to stand behind president »
back to top