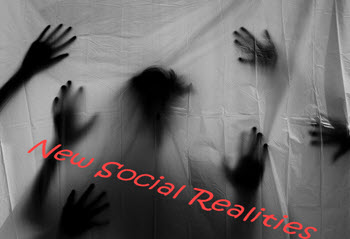 The biggest changes will come to the economy, impacting all Americans and governments at every level. At the end of February, the United States had the best economy in the world, with an extremely low unemployment rate and rising wages. One month later, the world had changed and over 10 million Americans had filed for unemployment. This smashed previous records and some analysts are predicting an unemployment rate of 34% by the time this virus finishes its deadly march across the country.

Our new coronavirus world is a very disturbing and stressful place. A deadly disease, unleashed in China, is now impacting 180 countries. It is already enough of a problem without the 24/7 warnings from the mainstream news and social media. It seems the focus of the reporting is to literally scare the living daylights out of Americans.

This leads to the dissemination of some good and some inaccurate information, but it also increases mental health problems, domestic violence and, sadly, suicides. During a crisis such as the coronavirus, it does not help to have the media constantly harping on the number of infected and dead people. This type of fearmongering increases ratings and serves to focus on negative statistics that can be used against their number one enemy, President Donald Trump.

While the President tries to emphasize positive news, the media keep their focus on the negative stories. If the President’s poll numbers decrease, the media accomplishes one of their cherished goals. Their eyes are on the upcoming election and there is a strong hope that Trump is vulnerable with a stalled economy.

The media and their Democratic allies are not the only ones who want to use this crisis to defeat President Trump. Clearly, the communist Chinese have no love lost for President Trump. He instituted trade policies that increased tariffs on Chinese goods and removed the United States from the Trans-Pacific Partnership that was a horrible deal for American businesses. With the coronavirus, the Chinese may have exacted their revenue.

Clearly, it will be years before this country returns to our pre-virus lifestyle and economy. In the meantime, there is a silver lining to this tragedy. Our country needs to end our economic dependence on China, a communist country with brutal leaders. Sadly, too much of our manufacturing has been occurring in China. For example, 80% of our pharmaceutical drugs are made in China. Not only is this a severe health and economic threat, but it is a national security threat as well.

Ever since the virus started killing people in China, their government has tried to hide the true scope of the disaster. They were late in reporting the spread of the virus, reluctant to allow CDC officials in the country to investigate. Their current claims that the virus has stopped spreading are completely unreliable.

It is possible that this virus was developed and released from a bio-weapons lab in Wuhan. If so, it was sure convenient that the virus stopped the growing protests in Hong Kong and devastated the American economy.

Fortunately, the United States has a President who will confront the Chinese on their unfair business practices. Trump is the first President in decades to show any type of backbone in dealing with the Chinese. His “America First” policies are hated by the elites in this country and abroad, including China. Yet, they are popular in the only place it really counts, the United States of America.

More in this category: « Time for Trump to lock out reports from Coronavirus briefings Media, US's Covid-19 panic sinking the Trump economy »
back to top