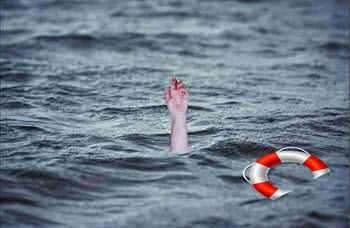 On Friday, the March jobs report was released, and it was brutal. Amazingly, it is only a small taste of what will be coming in the months ahead. The U.S. Department of Labor reported that the unemployment rate increased to 4.4% and 701,000 jobs were lost. This was the first report in 113 months to show a loss of jobs in the country.

Not surprisingly, the leisure and hospitality industries were hit the hardest with a loss of 459,000 jobs. Almost all job sectors, including manufacturing and retail, were negatively impacted by the nation’s response to the spread of the coronavirus.

Unfortunately, the worst is yet to come as analysts expect an economic decline of 34% annually in the second quarter. There could be a loss of 20 million jobs by the end of April, with the unemployment rate soaring to 15%. This would erase all the job gains over the previous decade.

Surely, the coronavirus is deadly. Some estimates show that between 100,000 and 240,000 Americans will die as a result of the disease. However, our nation has faced similar pandemics in the past and the response has been far less draconian.

During none of these previous pandemics did the nation shut down the economy or take drastic steps of social distancing. The sport leagues were not cancelled, businesses remained open and Americans continued with their daily routines.

Sadly, thousands of people died during these pandemics, but the country allowed businesses to remain open. Thus, the country did not suffer from related social costs that will be associated with our response to the coronavirus. Evidence will show that the shutdown of the economy led to an increase in domestic violence cases and suicides.

As Americans lose their jobs and see their savings shrink, the strain on mental health will be severe. Those already suffering from mental illness will be heavily impacted and there will be more people in acute need of medication to cope with the disaster. It does not help to have the mainstream news outlets and social media spending each hour of the day promoting fears about the coronavirus. It would be wise for Americans to spend plenty of time each day exercising, communicating with friends and family and avoiding the “doom and gloom” coronavirus news.

While individual Americans need to avoid feelings of depression, our country must avoid falling into another Great Depression. If the shutdown continues, the impact will be incredibly severe and may be irreparable.

The President should declare that when the current guidelines expire on April 30, the nation will be reopened for business. This may not be what the health experts recommend, but it is what the economy demands.

More in this category: « Coronavirus scare-tactics alarmism seeks to put Trump and America, last Coronavirus "lies, damned lies, and statistics" to hurt Trump, US »
back to top