Coronavirus false alarms are ringing, Hi-Ho, it's back to work we go Featured 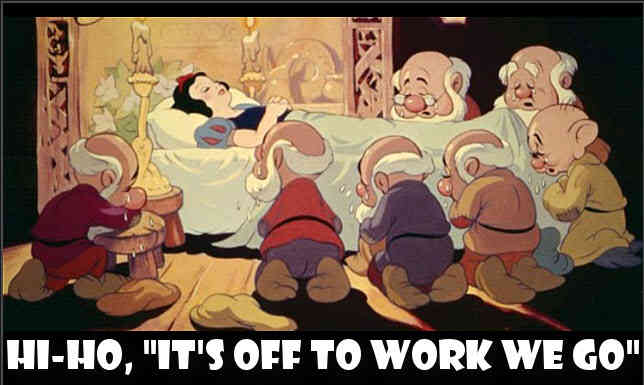 As you grab your hat on the way out the door to work did you know?

The coronavirus, aka Covid-19, is a scheme to destroy the American economy, to bring down President Donald Trump and to install socialism as a body-politic.

Or, at least, that is what I have read on twitter, other social media and have heard on rush radio and the like.

Weeks ago, many of them basically told us that the commotion over the deadly virus a Democratic scare tactic.  You read it. You heard them.

Limbaugh, Hannity and so many others, including our own President simply dismissed the danger. They said the flu was more dangerous, said it would just likely disappear. They proclaimed that all the hype was just the Dems trying to get at Trump, since impeachment and Russia Russia failed.

At that infamous Friday evening campaign rally, Trump said it was a new Democratic impeachment hoax. .

Let’s be honest. Trump would never say the virus was a hoax. He would dance around it by dismissing its potential. by claiming it would go down to one case or "magically disappear", at the very time that the world and his administration knew those assertions were false.  He, his party, his talking heads and his loyal media  tried to convince his base and others that our concerns were foolish but even worse, that the dems and their "media partners" were exaggerating the risks, were promoting the market crash to bring down the economy and most importantly, Trump’s re-election chances.

Now, led by the same suspects who dismissed those risks altogether (although they claimed otherwise), the Fox Newsie bunch, the mantra is, hi-ho, it's time for the factory whistle to blow, it's high-time to ignore the  virus. They insist that the coast is clear and let's get this show on the road and "off to work, we will go".  Some suspects demand we take it slow while others want the gates to open wide, for us to "get your pick, your shovel and ignore the noise you hear from the left. We've got a dead economy that needs immediate mending".

Some of the loudest disbelievers and "pro-back to work no matter what" have the temerity to continue to suggest while people have died, it's 24/7 scare is by political design and that we should "drop our masks, come out from the shadows, have a party, get to work, make some money, rally around the Dow and go on with life. Let the chips fall where they may”.  All of those urging we head back to our jobs and failing businesses have a legitimate right to be concerned. They are warning us that we are on  course downward that 2020 will go into the history books as the year of the  real “great depression”, not that pretender from 1929.

Indeed, the economy is dying. However, so are human beings. iWithin only a matter of a few weeks, this country has lost over 31,000 souls. We lost brothers and sisters. We have lost doctors and nurses. We’ve lost pastors and rabbis, students, teachers, sailors--all on the Battefield of Pandemic.

We’ve lost a lot of moms and dads, grandmoms and grandpops.

The plague is dark and deep hitting the African American community, the poor and the fragile.  They are the most vulnerable to hear the death cry.

In total, America has lost in only a matter of a few weeks, roughly one-half of the 60,000 soldiers who paid that ultimate price for freedom and who fell in Viet Nam. The numbers are staggering.  Sixty thousand perished over 19 years in Viet Nam compared to 31 thousand in six weeks. The virus took their last breath. They don’t exist.  All that remains are body bags, memories, shock and tears.

Today, as I type, President Trump is setting up guidelines for return to normal.  We should take them seriously and have a legitimate discussion as to which is more important—return to prosperity or preserving  gramps.  We have seen the Facebook posts that we must reopen the economy, no matter what.  Yet, that "no matter what" just might be your wife, husband, son or daughter.  In some of the posts i have read, those risks are so remote, "they're going to die, not me". Probably so. Yet, regardless of the dog mush we are being fed by the Limbaughs and the Hannity’s, we must accept the probabilities that by the end of May, the death toll from the virus could very easily match the casualty figures from that jungle war which tore this country apart.

So, despite what some want to tell us, it is not only the democrats or the media who want us follow the science. It is the medical community. It is a base of governors, both Republicans and Democrats.  They are the ones who must explain to the families of the deceased that their promising young Johnny or the beloved granny is no longer here because we as a community, despite all the health risks, might chose to try to regain our place as “the greatest economy that the world has ever known”.

It is also the manufacturers of some of the major companies  who are scared as heck. They don’t want to crank up the machines  in fear of lawsuits, horrible public relations disasters. And of course, they fear the sullen images of their once-foreman being no longer. It's also the owners of our sports teams who cannot realistically imagine a stadium full of fans or for that matter, any fans attending any games.  So many of these captains of science and industry urge that we follow the science.

So for those who want to take off your masks, shake hands, ignore the scientists, congregate in house of prayers and let the good economy roll, I say, go at it. Just do me a favor. Stay away from me and my loved ones until the scientists tell me the coast is clear.

When the top relevant medical experts conclude that it is safe, whether it be today, tomorrow, next week, next month or next January, that’s when I’m personally ready to hear the cry, “play ball”. That’s when I’m ready to tear off the mask and don the baseball, cap.

Not a second before.

More in this category: « Dems, media slays US economy with Coronavirus hype--to kill Trump's re-election Rally around the economic lag, Louisiana and New Orleans must open up »
back to top