It's curtains for Jeff Sessions after betraying Trump Featured 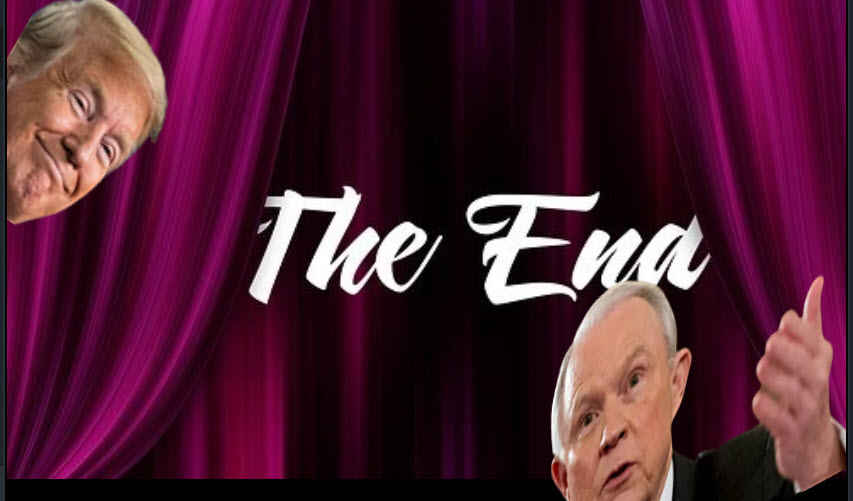 The resulting investigation cost almost $40 million and lasted 22 months. It was a travesty of justice as the Mueller team, dominated by Democratic Party attorneys and activists, found no Russian collusion, and could not prove the President or his associates obstructed justice in any way. This did not stop them from harassing the President and forcing several of his campaign operatives into guilty pleas on charges that had nothing to do with Russia.

Sessions unleashed this holy hell upon President Trump by recusing himself and allowing the appointment of Mueller. The investigation was a partisan attempt to overturn the 2016 election results, in effect, it was an attempted political coup d’état. In the last administration, then U.S. Attorney General Eric Holder famously proclaimed that he would be Barack Obama’s “wingman.” He protected Barack Obama throughout his tenure. Such loyalty may not be appropriate for a U.S. Attorney General, but it is quite a contrast to the betrayal that President Trump received from Jeff Sessions.

The biased witch hunt, known as the Mueller investigation, infuriated President Trump. He has rightly never forgiven Sessions, who is now running for his old position as U.S. Senator from Alabama.

Jones was elected after Sessions resigned to take the position of U.S. Attorney General. He benefited from the GOP infighting over his general election opponent, former Judge Roy Moore, who was accused of inappropriate behavior with a variety of young girls earlier in his career. The firestorm allowed Jones to win in a state that is normally very Republican.

Thus, Sessions not only cost the President two years of distraction and harassment, but he also cost the Republican Party a U.S. Senate seat.

In this election, President Trump enthusiastically endorsed Tuberville and has demanded that Sessions stop using his name in the campaign. The President labeled Sessions “delusional” for trying to fool Alabama voters into thinking he has always been a staunch Trump supporter.

If he is re-elected for another term, President Trump will need loyal supporters in Congress, not weaklings like Jeff Sessions. Therefore, he is committed to playing an active role in the U.S. Senate race in Alabama.

On Friday night, The President tweeted, “3 years ago, after Jeff Sessions recused himself, the Fraudulent Mueller Scam began. Alabama, do not trust Jeff Sessions. He let our Country down. That’s why I endorsed Coach Tommy Tuberville.”

This attack from the President was too much for Sessions who fired back on Twitter, “Look, I know your anger, but recusal was required by law. I did my duty & you're damn fortunate I did. It protected the rule of law & resulted in your exoneration. Your personal feelings don't dictate who Alabama picks as their senator, the people of Alabama do.”

Ironically, Sessions showed more boldness in fighting back against President Trump than he ever did as U.S. Attorney General. He allowed career bureaucrats to force him into a recusal that almost destroyed the Trump presidency.

Responding to Sessions, Tuberville tweeted that Jeff Sessions “is so desperate, he told @realDonaldTrump to thank him for the immoral & unconscionable Russia investigation! The only people who seem to agree are Democrats.”

Tuberville is correct as many legal experts disagree with Jeff Sessions that his “recusal was required by law.” He had only incidental meetings with Russian leaders and was not “compromised” or “conflicted” in any way. He could have surely overseen the Russian investigation to determine it was a fabrication based on the phony political document known as the “Steele dossier.”

Instead of standing up to the Deep State, Sessions folded and cowered. He was a joke of an Attorney General, which is why the President said he would have never appointed him if he knew Sessions was going to recuse himself. He also called the appointment of Sessions his worst mistake as President.

On July 14, Republican voters will go to the polls in Alabama to pick their U.S. Senate nominee. They are choosing between a political newcomer with solid conservative credentials and a winning record as a college football coach. Clearly, Tommy Tuberville knows how to win and has done it throughout his career.

Opposing him is a true loser, Jeff Sessions, who was given a historic opportunity to assist the Trump administration and his country as U.S. Attorney General. Instead of standing up to political enemies, he was bullied by them into a recusal that led to the most egregious political witch hunt in American history.

Jeff Sessions had a chance for greatness, but he was too scared to do the right thing. At this point, he does not deserve another term as U.S. Senator as he is not the best candidate for the position. Hopefully, the voters of Alabama will deliver to Jeff Sessions, the political retirement he richly deserves.

More in this category: « Perils of Pelosi: House-in-distressed needs cleaning and Trump, US Senate win Of Musk and Masks: Trump takes US to new heights and new lows »
back to top