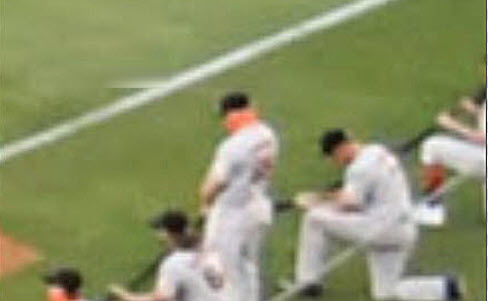 In the past two months, hundreds of corporations, all the professional sports franchises and political leaders of both parties have expressed support for the group Black Lives Matter (BLM). Any expression of “All Lives Matter” has been deemed to be racist. For example, a Sacramento Kings broadcaster lost his job for tweeting “All Lives Matter.” In New Orleans, a Mardi Gras krewe captain faced withering criticism and the defection of members and bands for a similar message. A local teacher was fired because her husband painted “We All Matter” and other slogans on his fence. It seems clear that in the politically correct climate today, everyone must express support for BLM or face withering backlash.

The problem is that the BLM organization was founded by individuals who admitted to being “trained Marxists.” Of course, all Americans should oppose individuals advocating a system that threatens our constitutional republic and our capitalist economic system.

Karl Marx is the founder of communism, a system of government that has led to the complete destruction of freedom for repressed people unlucky enough to live in countries ruled by such leaders. In fact, communist dictators have killed tens of millions of people in the last 100 years

Unfortunately, the media does not allow any criticism of BLM. Today, people are constantly scared of being called a racist. Thus, they will refuse to give their honest opinion and just appease the mob to protect their job and family.

The stampede to support BLM has been seen in every sports league over the last few months. The NBA has painted Black Lives Matter next to their court in Orlando. The NFL has expressed support and will play the “Black National Anthem” prior to the National Anthem during the first week of games this season. In Major League Soccer, players raised their fist and knelt in support of BLM at the opening of their season.

The acceptance of this Marxist group has been especially apparent in Major League Baseball. Members of the Cincinnati Reds and San Francisco Giants knelt during exhibition games. In Boston, the Red Sox just unveiled a massive Black Lives Matter billboard right outside of Fenway Park.

The player who refused to kneel was Giants relief pitcher Sam Coonrod, a true hero. In an interview after the game, Coonrod explained his refusal to kneel by claiming that he “can’t kneel before anything besides God.”

Such a courageous stand needs to be applauded. Usually, a player, such as Saints Quarterback Drew Brees, who expresses support for standing for the National Anthem will cave after intense criticism.

Fortunately, the manager of the Giants supported Coonrod’s decision. He said that players were going to be able to “express themselves.”  He also noted “We were going to give them the choice on whether they were going to stand, kneel, or do something else. That was a personal decision for Sam.”

This “personal decision” is quite rare in the environment we live in today. Congratulations to a rare breed, a player who truly stands alone.