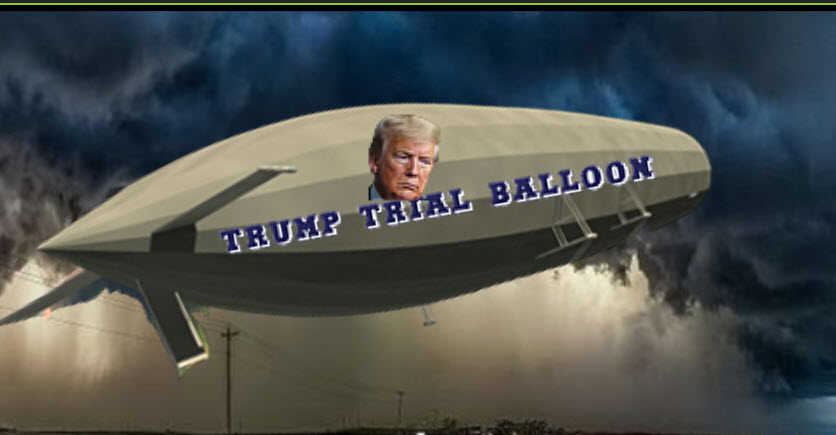 What do you think about President Donald Trump's trial balloon he launched today?  According to the president, we can't trust the future election results because of mail-in voting. So, the Potus tweeted his frustration which in essence asked , "how about if we delay this November vote, guys?".

Maybe he has a point. While there absolutely is no evidence of the type of massive "mail-in" voting fraud that could turn the November results, admittedly, it is possible, and we have seen isolated cases.

Interestingly, Trump is making so much over unproven mass fraud like he did when he blamed millions of illegal aliens voting during his 2016  Popular Vote defeat. Yet, he has not surprisingly dismissed the absolute proof of Russian intervention in that same election. This is the man who has said he thinks there is nothing wrong with accepting election information from a foreign government and has done almost zero to protect this country from a Russian repeat.  His campaign issue focuses on the fear of minorities' invasion of the burbs and their fraudulent takeover over the ballot box.

I think we all know what is happening here. Right now, Trump smells a wipeout.  According to just-released poll results listed on Real Clear Politics, Trump trails BIGLY. He's down four in Florida;  He's behind nine in Pennsylvania; Eleven in Virginia; While Rasmussen claims he only has a 48-51 disadvantage in job approval, Gallup posts him 41 support, 56 disapproval. By comparison, his May Gallup job approval scored him 49-48, a +1 favorable. Today, the same poll rates his down -15 points, a sixteen point differential since May.

The Biden-Trump national matches aren't much better. He's down nine points in the Economist/YouGov, six in Rasmussen, and nine in CNBC. Reports are he's pulling ads out of Michigan of all places.

I know, he and his "loyal devotees" insist that all of these polls are fake.  Yes, we have over three months to go, and things can turn on a dime.  However, recent developments appear to do nothing to help his cause. Today, the GDP quarterly report was devastating. It revealed the US economy collapsed by almost one-third.  That is the Great Depression on amphetamines. Instead of being on course to reverse the health and economic disaster of Covid-19, he is only feeding the national hate and prolonging the misery-beast. His own world-famous experts demand that we wear masks and poo-poo the Hydrox.  Yet, he sends mixed messages to the nation. Yesterday he surrounded himself with the mask-less at fundraisers. Earlier this week, he retweeted videos that social media felt were so discredited and harmful, they took them down.

Honestly, right now, I think of that TV commercial, "I've fallen, and I can't get up" when I consider both his administration and campaign.

His tweet today is factually nonsense. It would take an act of Congress to change the election date (something I doubt Nancy Pelosi and her Dems would approve).  But, the tweet does feed into the other growing theory:  should he be defeated, he simply won't leave.   While this is Made for Alex Jones territory, there is some basis for this concern. Only two days ago, his administration refused to honor a US Supreme Court and a recent federal court decision on the Dreamers.  We just don't know if he will follow an adverse Supreme Court mandate if and when the chips fall.

I don't think this one will survive the dark and the angry winds of change hostilely blowing all around him. 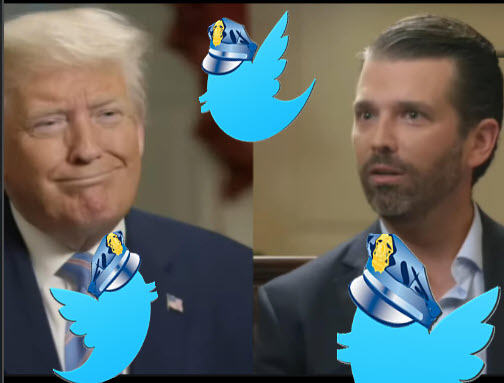 But let me ask you a series of questions: Are you in favor of a foreign country, say Russia or China, creating false content, posting it and promoting each piece to millions of people? I assume you would want to prevent that from happening, as i would.

So, what about a post in which medical doctors (but not experts in the field) aided by a far right wing publication and the Tea Party of America called a press conference, streamed it to tens of millions of people with the information being presented by non-expert doctors who are political advocates and who are promoting information that is the total opposite of what all major health organizations around the world are saying? What if that information was in conflict with everything that the president's own experts are pleading with the public to do? Should a social media organization have the obligation to remove intrusive false hateful and dangerous information coming from Russia but not do the same when it comes from an organization sanctioned by the White House? What if the consequences of the content on the social media will continue to kill tens of thousands of people and continue to seriously endanger the economy? Should social media just turn its head over that type of content but crack down on Russian propaganda?

And what if the content being promoted by these 'experts", (which is in complete contradiction to the president's own experts and healthcare organizations, which flies in the face of their consistent adamant pleas to the public) is then pushed as important information by the most powerful man in the world as a public document?

As I said before, I think what this man does is often outright and downright dangerous. If he is so firm in his beliefs that his experts are wrong, then fire them and replace them. Replace the Admiral Ginoir, Fauci, Birx and his Surgeon General. Replace the head of CDC and FDA with people he believes He certainly has had no problem replacing anybody who crosses him in the past. Instead, look at what he is doing. He is sending totally mixed messages to the nation. Those mixed messages promoted to tens of millions of Americans are internalized as political gospel to those who believe they are patriots if they say no to government.

Today, we reached 150 thousand deaths. Today, we had the highest number of deaths ever in Florida, North Carolina and California. Some medical experts in the relevant fields believe we should start from the beginning, shut down until we get it right.

The president and his son and others are free to say whatever they want to say. However, when what they are saying and promoting has the probabilities of severe consequences to individuals and to this nation, when the president has alternative ways to change his own policies, when he refuses to do so and continues to send out mixed messages, I don't blame Twitter, Youtube and Facebook from taking down the information just as it would take down injurious content from the Russians or Mr. Clean, both which could cause significant harm to others.

More in this category: « Christian, Sam Coonrod, in Giant statement, stands up to BLM We don't "give a puck" for un-American sports »
back to top