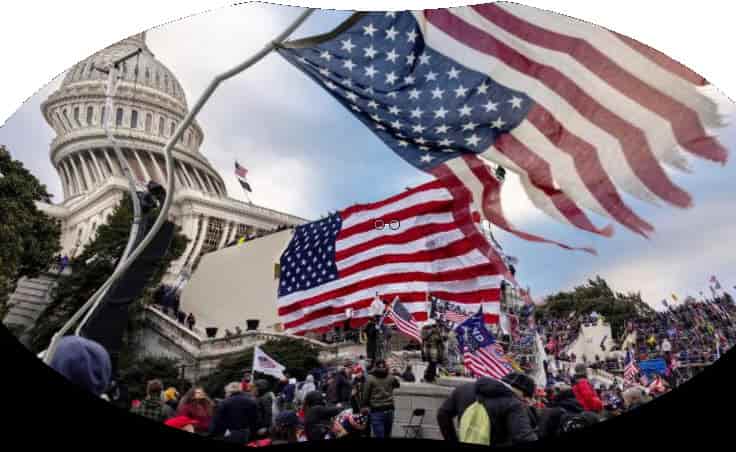 BENT OUT OF SHAPE?

I'm not. So what if the Senate Republicans refuse to approve a bipartisan 9/11 style investigation. By standing against transparency, they don’t mind kicking the capitol police in the gut one more time. Nor do they care about hiding all roads leading to Donald Trump or to others involved in the Jan. 6 insurrection.

They say they want to put the past behind them. Really? Six months past the elections, they want states to investigate election results in swing states. For them, state certifications don’t matter. Nor do over 60 court decisions including those by the president’s own appointees. They’re fine with the Lord and Master hiding his past while he continues to spread the BIG LIE.

Trump loyalists contend the bipartisan investigation is just the Democrats ploy to dredge up facts until 2022 election day. They insist that this inquiry is for partisan purposes only.

They should know. Mitch McConnell and his cult-mates had no problems promoting Benghazi for years. In fact, Kevin McCarthy bragged about how that investigation hurt Hillary Clinton. Nor did they have problems with launching investigations into Joe Biden right before elections. Nor did they complain about probing into the Obama administration’s role in the Russia scandal.

So, no, I'm not bent out of shape. Pelosi gave them a chance. The GOP forces have opened the door for Democratic-led hearings, just like those the Republicans held when they targeted Hillary. Republicans will have zero right to ask for subpoenas. Their future cries that the process is rigged will be laughable. They blew the opportunity to have equal say. In fact, instead of Congressional hearings, why not call for a special counsel to investigate just as Trump did months before his election loss. He and some Congressional Republicans had no problem with a Biden controversy special counsel. Surely, finding out how we almost lost democracy is worth another special probe.

The bottom line is very sad and dangerous. Trump and his loyalists want to run from their Capitol attack upon our fragile democracy while they shine light upon bamboo paper for their own future elections’ advantages.

We’re looking at raw cowardice and hypocrisy. I’m looking forward to Trump, Cruz, McCarthy, Stone, Rudy Giuliani testifying how they led the revolution. They had a chance to ensure the 1/6 investigation would be completely fair and open. I suspect the Grand Old Party one day will curse that June 2015 escalator journey. They’ve been going down ever since Trump descended into taking over the party.
Read 643 times
Tweet
Tweet
Published in Donald Trump news
Tagged under

More in this category: « Liz Cheney's "et tu Elise" moment is past, where does Trump take us now?
back to top