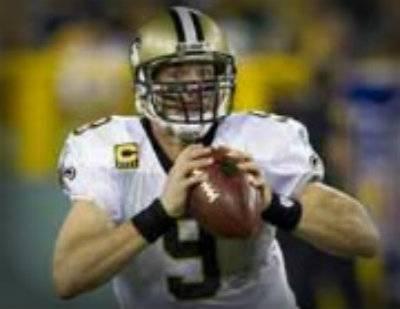 The way the first three quarters of the Saints season has gone, I’ve been expecting the “playing for pride” stories to emerge at any time. And, lo and behold, when I opened the local wipe on Sunday morning, there it was, right on schedule! The “playing for pride,” or PFP, story is a journalistic crutch which occurs when reporters covering a bottom-rung team have exhausted just about every other story idea possible.

The players no longer provide pithy expressions of hope on winning the division or snagging a playoff berth or even achieving a .500 record. Players on such teams officially declare the season over when there's nothing left to play for but their pride. When I covered the abysmal Baltimore Colts between 1978-81, it seemed like I started writing the PFP stories in Week 6 or earlier.
The PFP story always quotes the most grizzled veteran or two on the team, the guys who have been on most every rung of the ladder in their long careers. Sure enough, the two players quoted on Sunday morning were QB Drew Brees (in his 15th year) and DE Kevin Williams (in his 13th year). Brees let us know he was PFP by saying: “It is our job each and every week to put ourselves in the best position to go out and win and to execute the game plan. We all have pride, whether you are a veteran or younger player who's trying to establish himself every veteran guy has something left to prove.” Williams’ declaration was similar: "You can slap around if you want to, but if you've got any pride in yourself you'll come in here to work ... and go out everySunday and try to get better."
And you know what? That is exactly what they did later in the day when the Saints took an early lead and held on to defeat the playoff hopeful Buccaneers, 24-17, in Tampa. Brees did not throw an interception, nobody fumbled, Marques Colston made two nice TD catches and Tim Hightower picked up some key rushing yards. Even the defense played a pretty solid game, although we did have another opportunity to fuss at Brandon Browner after his pass interference on third down kept the Bucs’ first scoring drive alive. But Browner got under WR Mike Evans’ skin more than yours, enough to draw two unsportsmanlike conduct penalties. Saints DB Kyle Wilson was the Dunce of the Day with two stupid after-the-whistle late hits and a pass interference play of his own that led to a Tampa field goal late in the first half. But even Wilson's muffs weren't fatal as the Saints broke a four-game losing streak.
As unbelievable as it seems, the Saints still have, as they say, a “mathematical chance” to make the playoffs. Mathematical chances entail such possibilities as the one our family faced in 2006, after Hurricane Katrina dumped nine feet of water in our house and a few months later, a tornado took off part of our roof. At that point, we had a “mathematical chance” of being hit by a meteor, but it wasn’t likely.
The Saints’ chances at running the table and making the playoffs will only happen if the NFL shifts them into the NFC East, which isn’t likely before the end of the season. Until then, Who Dat Nation should just let their heroes play for pride and we’ll let the math take care of itself.
by Jim W. Miller--Read his blog at JimWMillerSports.com

More in this category: « Donald Trump controversies soar over Muslims, so will he win? Take the poll Crouere: Recall New Orleans Mayor, Mitch Landrieu »
back to top