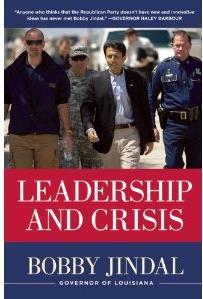 The sheriffs association had its reasons for wanting Edmonson reappointed.

Edmonson, after all, has hired numerous officers whose only qualifications are that they are related in some way to some sheriff or police chief. Together, they are quite powerful and their endorsement, coming as it did when the outcome of the governor’s election was still in question, was an important coup for Edwards. At the time, Edwards’s opponent, U.S. Sen. David Vitter was hammering Edwards with a withering barrage of TV ads claiming that Edwards wanted to turn thousands of dangerous convicts loose on a helpless citizenry. And it’s difficult for a candidate to win a given parish, especially against those kinds of attacks, without the local sheriff’s support.

One would think, however, that Edwards, when first approached by the sheriffs and chiefs would have been more circumspect. It was Edwards, after all who in 2014 called for an investigation of the manner in which that retirement boost for Edmonson of $30,000 to $50,000 (the numbers vary) was sneaked through in the closing hours of the 2014 legislative session.http://louisianavoice.com/2014/07/19/reps-john-bel-edwards-and-kevin-pearson-will-request-investigation-of-edmonson-retirement-amendment-source/

Edmonson, of course, initially denied any hand in the bill amendment offered up by State Sen. Neil Riser. But as events unfolded, it became clear that Edmonson was behind the effort from the beginning.

Unfortunately, in the world of hard ball politics, crucial endorsements have a way of overriding good judgment.

On Oct. 27, three days after the first primary, I sent an e-mail to Edwards in which I asked him his intentions regarding an Edmonson reappointment. He wrote back that he had no intentions either way and I gave him the benefit of the doubt. Here is that e-mail exchange:

Please tell me your intentions as to the re-appointment of Mike Edmonson.

I don’t intend one way or the other

We won’t go so far as to say Edwards misled us, but we do know how backroom political tradeoffs are made and even back then we were hearing that the deal had already been cut.

We will leave this with a word of advice for Edwards that he may or may not chose to take to heart: You would be very wise to keep Edmonson on a short leash. Take any complaints you may hear about him seriously even though no state trooper in his right mind would dare come forward with a public beef for genuine fear of reprisals.