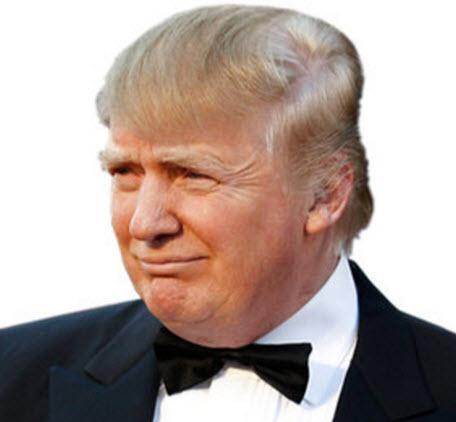 For many years, we have bestowed a Ringside Politics Turkey of the Year Award to a worthy celebrity or politician. This designation is anything but flattering, so last year we decided to start a positive award category by recognizing an annual Champion of the Year.

The 2014 recipient was quite deserving, U.S. Senator Ted Cruz (R-TX). Ever since he burst upon the national stage, Cruz has stood up for conservative values in the midst of withering criticism. He has run a very efficient and effective presidential campaign and is now unquestionably in second place in the national polls of Republican Party voters.

The frontrunner in the national polls is also the winner of the 2015 Ringside Politics Champion of the Year Award, Donald Trump. Even though 2015 has been a crazy year in American politics, it has been dominated by one person, Donald Trump, who stole the spotlight from President Barack Obama.

Ever since he entered the presidential race in June, Trump has captured the media headlines. All of the other candidates have responded to his statements and his positions on the issues.

The public has responded very favorably to Trump’s politically incorrect message. While other politicians apologize on a regular basis for making controversial statements, Trump does the opposite, he doubles down.

Whether the issue is illegal aliens, the border wall, relations with Mexico, trade with China, Muslim immigration, or Hillary Clinton, Trump refuses to play the normal political games and let the media dictate the conversation.

His rallies generate massive crowds and enthusiasm. Unlike other candidates, Trump is not scripted and actually takes questions from the audience and the media. He will go on all of the national political shows and, unlike Hillary Clinton, avoids none of them.

In one respect, he has won all five of the presidential debates, because his presence has attracted massive viewership. The ratings for the GOP debates have been spectacular due to one person, Donald Trump. On the other side, the Democrat presidential candidates drew only 8 million viewers to their last debate on ABC, which is a paltry one-third of the audience that watched of the first GOP debate on Fox News.

All of the attention is due to the fact that Americans have never seen a presidential candidate like Donald Trump. He is different for many reasons, including his background. What distinguishes Trump from other candidates is that he is a lifelong businessman who has been extremely successful building a real estate empire worth $10 billion. He has also valuable experience in the media by hosting a successful reality TV show, The Apprentice. This track record of accomplishment is quite a contrast to most of his opponents, who are career politicians.

As a shrewd businessman, he has run a very unorthodox and streamlined campaign, spending very little money. Obviously, since Trump generates such massive media attention he does not need traditional advertising. Nonetheless, he will start to advertise in the next month and spend some of his fortune to bolster his frontrunner status.

While most politicians have to spend precious time and energy raising funds, Trump can finance his entire campaign with little impact on his net worth. This gives Trump as major advantage over his opponents. Unlike other candidates who will be beholden to big donors, Trump is the ultimate independent candidate, beholden to no one except the voters who will determine whether he wins the presidential election or not.

A candidate that is not tied to special interests is a major threat to the Republican Party establishment, which is the reason party bigwigs have tried to thwart his campaign. These GOP insiders and powerbrokers have nominated every Republican presidential candidate since Ronald Reagan, but they have no control over Trump.

It is very refreshing to see the elitists inside the Republican Party have such anxiety over the Trump campaign. Hopefully, he will continue to cause them heartburn and his message of making America great again will continue to find strong support among Republican voters.

Even if he does not win, he has provided a tremendous service to the political system by challenging the corrupt alliance of special interests, party leaders, political consultants and the national news media. Trump has gone around, above and through the forces arrayed against him and connected with the one group often forgotten by these Beltway snobs, the American people.

For all of these reasons and more, we are proud to present the 2015 Ringside Politics Champion of the Year Award to Donald Trump.