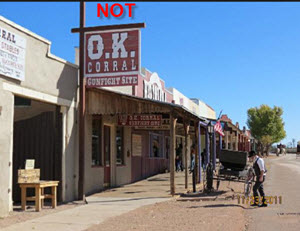 The horses are now in place for what might be a legendary budget showdown at the not-so-ok Louisiana capitol corral in Baton Rouge.

A new governor, Jon Bel Edwards, has inherited a nightmare of horror, a budgetary hole left by his predecessor, former Presidential hopeful and absentee landlord leader, republican Bobby Jindal, who is now living high on the hog at his own private mansion paid for the taxpayers.  Yet, Jindal’s boys and loyalists--  some who wear their hands dirty after sucking dry our well full of billion dollars, are now getting armed for the big fight.  And, it’s a’comin.

Edwards, also, known as the “honest one”, was riding high, after a spectacular election victory.  He did what naysayers thought could never be done.  Not only did he beat a field of republicans in the valley of deepest red, but bested the sharpshooter with the most powerful guns, Republican US Senator David Vitter.  Shortly later, as a show of confidence and a bit of bi-partisanship (and some say a smoke-filled backroom deal), Edwards selected for his main money man, the Commissioner of Administration, Jay Dardenne, a Republican.  Jay, was one of the former gubernatorial contestants, who had previously indicated a need to put all the cards on the budgetary poker table, including, gasp, taxes.

Before the governor was sworn into office, the Edwards-Dardenne tag team indicated that the bank was more barren than a dry gulch.  The canteen of replenishments would be needed, Save Our State.

Worst, for Edwards, and partly due to his own arrogance to continue the age-old practice of selecting legislative leaders, the republicans met him at the pass with weapons brandished.  And perhaps one wearing a mask (don’t forget him).

Instead of being able to select his own deputies in the House, the republicans suddenly found the religion of independence now that there’s a democratic sheriff in town.  They balked at Edwards’ hand-picked guy for House Speaker, Walt Leger, a friendly New Orleans democrat.

On a January inauguration day in the house speaker elections clash, in a bizarre “gang who couldn’t shoot straight” battle, the opposition staged a massacre.  Although the Republicans did not get their man, Representative Cameron Henry, they did huddle around an alternative, an unknown man in these parts, quiet man from New Iberia, Representative “Who?”, who became Speaker Barras.  Before the speaker was elected, amid a whirlwind of dust and smoke and more dust, one masked New Orleans democrat, Neil Abramson, (I told you not to forget), surprisingly ran against Edwards’ own hired hand, Leger.  Having lost, the masked one then voted against his New Orleans democratic friend Leger, in favor of Barras. Seething with anger, and now on the warpath, the democrats accused Abramson of “speaking-with-a-forked-tongue” and reached for the lasso and whip for punishment.

In the other house, known as the solemn Senate, the more slower and senior body moved with grace and expectations.  It picked the steady hand of John Alario, a former dem who turned republican, who became a loyal ally of then-governor Jindal, just as he has done with head state honchos of the past.

Alario, then chose two democrats to lead the money posts in the upper House, giving Edwards, more ammo for the big budgetary clash ahead.

For candidate Edwards, the battle to fund the homesteads was not supposed to turn out this way.  While he always indicated that he would be raising revenues, candidate Edwards talked a strong taste for no new taxes.  Yet, the rampant winds of reality were doing the new governor no favors.  Last week in front of newsmen, Edwards and Dardenne rang the alarm bells loudly and often, offering a plate full of taxes.  Facing the windstorm of hell, the duo argued that a sales levies of a mere one penny more is needed to patch an immediate $750 million dollar gap that Jindal said would not exist, no more after he balanced the same budget.  Or, so he said.  Faster than you can say quicksand, and party due to falling black crude, a sales tax bridge needs to be hoisted now and quickly.  Worst, looking further into the 2017 wilderness, an even wider canyon, the size of the Grand one, was ahead.  Louisiana would need $1.9 billion and counting, for the year starting July 1, 2016, just to keep the same flow of water running.

Alas, there is no more wicked foe in any Louisiana town than tax increases.  Suddenly, those republicans, still smarting after getting kicked by the Vitter bronco machine and still running away from the reeking wreckage of Jindal past, have smelled blood in the streets.  A new energy was now in the air.  Revenge.  “Wanted” signs for Edwards’s head were posted.  Yelling “liar, liar, britches on fire” and “promise-breaker”, have filled the cyber air.  “He beat Vitter because he lied about not raising taxes and the wave of the gullible believed him” became the republican mantra.

“Lynch him” shrieked the mob.  He knew the budget hole was as deep as a well, but as a candidate, never would he tell”, they exclaimed.

Ridicules, pleaded Governor Edwards as he fielded questions on Monday from this writer.

The budget hole has grown by at least, a “factor of two”, he defended.  As a candidate, I didn’t know and now the chickens have come home to roost”.  “There’s no way around it but digging deep into our pockets.  If you think I wanted to enter the mansion beating back a $1.9B deficit, ya’ crazy”.  I’d much rather have come here with a billion dollar surplus or more, just like Bobby J.”

With the threat of university summer closures and higher tuitions payable within weeks, panic has spread like wildfire.  The naysayers, however, call it another “democratic hoax”.

So says the biggest and most popular voice in town, the man with the famous name, John Kennedy, the Treasurer aka, US Senate candidate, hoping to replace Vitter.  “Absurd”, he insists.  “Not a penny needs to raised”.  All that is needed is some elbow grease and a guillotine.  Cut down those Governmental Lards.  Slick, dice away, the fat, he told me this week after announcing another run to take on the monsters of the DC beltway.

As he told me  earlier this week in his high-pitched folksy way, “I don’t think we’re $750 million in the red this year nor $1.9 billion for the yonder.  Try, 2 to 4 million for that ditch needing fixed by June 30 and only one point 2 or three for next year coming”.

“Man, they raised taxes last spring at 800 million dollars and we told it would fix everything.  It didn't fix nothing!!  You cannot fix this on the revenue side, you've got to fix this on the spending side”.  This is just a scare.  I know how this works, been around the block a good sixteen years and counting”

Meanwhile, the Governor speaking to radio folks ain’t flinching.  Yesterday, talking confidently, “everything will be alright, we’ll work together and find common ground”

But, those winds of independence and opposition continue to whistle.

That mild-man House Speaker “Who” Barras just yesterday released his choice for the guardians of the money.  Voices from the past are now blowing in the wind.  Who does the mild one pick?  Henry, the most  fierce Fiscal Hawk.  The man who took on the Governor’s choice for House Speaker, until caving in after realizing the numbers weren’t there.

And who does the mild one pick for the other money spot?  Abramson, the lege democrat from New Orleans, who ran against the governor’s hand-picked one.  Abramson, the masked one, (remember him) who has apparently survived the democratic scalping and who is now speaking with the Speaker’s own tongue.

Nobody knows how this tale will play out, whether the young ones will go to school hungry, if the poor, the weary and the uninsured will fall onto the emergency room floors, gasping for healthcare while smoking their three dollars per package smokes.

But, there is some certainty.  Louisiana is readying for a real nasty shootout over money at the corral.

And nobody will be horsing around, anywhere.

You can bet your last pair of boots on that one.

More in this category: « Princess Diana and Kate Middleton, differences are black and white Confederate statues cry rises again, this time State Court »
back to top