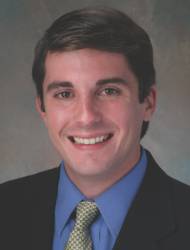 Pretend Edwards is LSU’s Tim Quarterman, former Speaker of the House candidate Republican Cameron Henry is OU’s likely Wooden Award winner for best college player Buddy Hield, Republican Speaker of the House Taylor Barras is OU’s Big 12 Conference blocks leader Khadeem Lattin, and the Republican House delegation (most of it) is OU’s Isaiah Cousins. In a tie game with only seconds left, the Sooners had the ball.

Hield went into the area near the Tiger basket while Cousins brought the ball up court. Hield, a very marked man, then broke away and carried his defender with him, freeing up space for Cousins to step in and hit a short jumper. With fewer than five seconds remaining, Quarterman raced the ball up the court and tried to fling a short bank shot to reestablish the tie, but Lattin had slid back and rejected it as time expired to seal the win.

This in a nutshell explains how House Republicans rolled a greedy, if not clueless, Edwards last month to neutralize largely any power he could exert legislatively. Edwards had a tall order to assert dominance over the chamber when his party had only about 40 percent of the seats, but he could draw upon custom that allows a governor major input into the speaker’s job and therefore committee chairmanships and compositions. Part of that custom also dictates that the minority party gains some chairmanships and even committee majorities.

Had Edwards truly understood his position – elected only because of a fluke that made personalities far more determinative of the election than issues – he should have known that he needed to get the best deal he could that meant considerably diluting his agenda. Several members of the House GOP had supported him openly during the campaign, and had he ventured to the House a name of one of a few of them, likely that would have peeled off enough Republicans with Democrats’ voted to elect that guy Speaker, who then probably would have followed many of Edwards’ priorities in committee selections.

Instead, after election almost immediately he voiced support for Democrat state Rep. Walt Leger, wanting to push hard for a much more liberal agenda than voters had assented to in their choices for the House. Only Henry remained willing to oppose that move, but as the days went by found too many Republicans would defect from his candidacy to defeat Leger.

At the last minute, he and other experienced GOP legislators got together and decided to run him as a diversion with the intended GOP nominee, as it developed, of Barras. Except for a few sellouts to Democrats, the Republican delegation agreed and during the contest Leger fell a few votes short of winning against Henry, with Barras not far behind, and another Democrat state Rep. Neil Abramson, who presented himself as a less liberal alternative to Leger but who got just a couple of votes. Henry then withdrew, leaving the runoff contest between Leger and Barras, which the later won with the help of Abramson as the only crossover Democrat vote for him.


Because he mistakenly took his triumph at the polls as a mandate, Edwards let what influence he could have had over the House slip away. Now, rather than having not a large but decent amount of control over its products, he can play at best a marginal role, especially over the those two most important “money” committees when it appears any chance he has for reelection as a liberal in a conservative state rests with how he manages fiscally the state’s over-spending and inefficient revenue-gathering that has created a difficult budgetary situation.

The more pliant Senate, with the GOP chameleon-like state Sen. John Alario at the helm and with a higher proportion of less-principled Republicans comprising it majority, will provide some backup for him. But if the House sticks to its principles and puts far more emphasis on spending reductions than tax increases, as well as holds the line in issue areas Edwards wants to change such as education policy, there’s little Edwards can do to pursue his agenda and reduces him to a negative force against policy solutions.

It did not have to turn out this way, but Edwards’ inner liberal could not let it go. Not a month has passed since he assumed office and he stills shows no sign that the campaign image he projected of leadership quality and lack of divisiveness in governance bears any relation to reality.