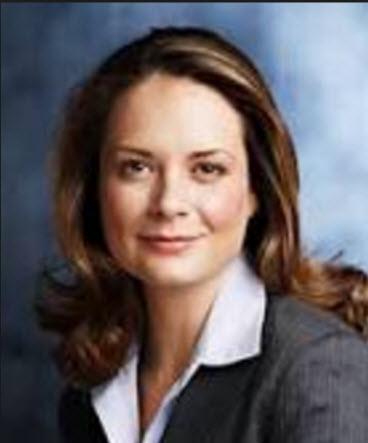 Democratic dilemma
When it comes to the U.S. Senate race, which is scheduled for November 8, Louisiana Democrats are feeling somewhat optimistic. After all, they just elected John Bel Edwards governor in a blood-red Republican state.


The question is, can lightning strike twice? Most analysts agree it was a perfect storm that allowed the Democratic candidate to win the governorship. A no-holds barred battle between three GOP candidates to earn a playoff spot turned ugly.
The eventual winner, U.S. Sen. David Vitter, emerged battered and bruised to take on Edwards. But in the process, he alienated supporters of fellow Republicans Jay Dardenne and Scott Angelle.
Add in the resurrection of his prostitution scandal and it was too much for Vitter to overcome against a squeaky clean Democrat, who is a West Point graduate and a former Army paratrooper.
So the Democratic faithful are wondering if a similar scenario could occur in the U.S. Senate race. There are already four viable declared candidates on the GOP side – U.S. Reps. Charles Boustany and John Fleming, state Treasurer John Kennedy, and Tea Party favorite Rob Maness.
But here is the dilemma political analysts see for the Democrats. To have a creditable shot at winning, only one Democrat needs to be on the ballot. In other words, the Democratic candidate needs a clear field to ensure a runoff spot.
Most Democrats are casting an eye at popular Public Service Commissioner Foster Campbell of Elm Grove. They point out that he represents 24 parishes across north Louisiana after serving 26 years in the Louisiana Senate.
He is a seasoned and shrewd veteran of political wars, having run three times for a U.S. House seat in 1980, 1988, and 1990.
Add to that the fact that Campbell is a populist, which could be good thing if what’s happening in national politics is any indication.
Would Campbell run? He has publicly said he is very interested in the U.S. Senate race and is giving it careful consideration. However, Campbell is a smart politician, and it is unlikely he would run if there is not a clear field for the Democratic candidate.
Democratic leaders may be a day late and a dollar short when it comes to the game plan of having only one candidate on the ballot.
Already, Carolyn Fayard, a wealthy New Orleans political novice, who has never held an elected office, has announced she is going to run. Her only experience was running for lieutenant governor in 2010.
She made the runoff in a field of eight candidates, but lost to Republican Jay Dardenne by a 57-43% margin in the runoff.
To make things worse for clear-field Democratic advocates, a couple of other lesser-known Democrats are said to be interested in running. Should two or more Democrats wind up on the ballot, it is very likely that two Republicans would be in the runoff.
Can Democratic leaders handle such a situation? In Ruston last week Gov. Edwards basically endorsed Campbell, who helped raise more than $300,000 for Edwards’ gubernatorial campaign.
As one Democratic leader put it, “It could be deja vu all over again. With four Republican candidates fighting for a runoff spot, things could get a bit testy just as they did in the governor’s race.”
But everything sort of depends upon how the Democratic side shakes out. Those Democrats who believe Campbell is the candidate who can win are now thinking, with Fayard’s entry into the race, that ship has already sailed. Stay tuned for more developments.

The race is on in the 4th
With the 4th Congressional District seat being open in the election this fall since incumbent Republican U.S. Rep. John Fleming of Minden is running for the U.S. Senate, potential candidates have been dipping their toes in the political waters.
One has already jumped in. Dr. Trey Baucum, a cardiologist and a Republican from Shreveport, has officially announced, saying that being a political outsider will be a plus for his candidacy.
But the political waters could get crowded in the weeks ahead. Expected to join the race are Shreveport City Councilman Oliver Jenkins, state Rep. Mike Johnson of Bossier City, state Rep. Patrick Jefferson of Homer, and former state Sen. Elbert Guillory of Opelousas, who is African-American.
Jenkins, Johnson, and Guillory are Republicans; Jefferson is an African-American Democrat.
Also said to be considering a run are Shreveport attorney Ricky Johns, Rocky Rockett of Bossier City, and Michael Reese of Leesville.
There are 466,964 registered voters in the 4th District, which is comprised of all or part of 15 parishes.
Of that total, 62% are white, 34% are black, and 4% are other races. By party affiliation, 46% are Democrats, 30% are Republicans, and 24% are Other Party/No Party.