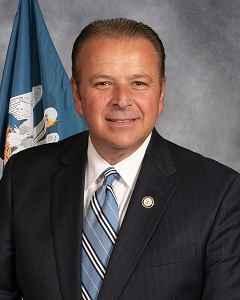 Playing games with the budget
Some in the media and government watchers believe Republicans, especially House Appropriations Committee Chairman Cameron Henry of Metairie, apparently are still in denial about a Democrat being elected governor of Louisiana.

Keep in mind, the Louisiana House has been in Republican hands for eight years with a Republican governor at the helm.  Result:  A $2 billion budget deficit.
Along comes Democrat John Bel Edwards, who defeats Republican U.S. Sen. David Vitter for the state’s top job.  He chooses one of his Republican opponents, former Lt. Gov. Jay Dardenne, to be his Commissioner of Administration and top budget advisor.
In dealing with such a gigantic budget hole, the Edwards Administration crafted a budget that had to include painful cuts and tax increases that have whittled the Fiscal 2017 budget deficit to $600 million.
Meanwhile, in the current session of the Legislature, Cameron and his GOP buddies are doing everything possible to screw things up for Edwards.  Instead of working with the governor, they have shredded his budget proposals.
So much so that Dardenne is proclaiming the budget sent to the Senate by the House is “unworkable, unconstitutional, and ill-advised.”
In an apparent effort to curry favor with voters, Cameron and the GOP legislators fully funded the popular scholarship program TOPS at the expense of other priorities, such as hospitals, the public defender board, mental health advocacy, and veterans affairs.
The Edwards Administration’s budget proposal had cut millions from TOPS, with the governor promising to try and fully fund it in an upcoming special session.  At the very least, everyone who qualified for TOPS would get some financial help.
Now the political hot potato lands in the laps of the state senators.  Fortunately for Gov. Edwards, the Senate Finance Committee is chaired by Sen. Eric LaFleur, a Democrat from Ville Platte, who vowed that the budget will change substantially.
While the Republicans have a majority in the Senate, 25-14, the Upper Chamber tends to look at more of the big picture than do House members because they represent a larger constituency.
LaFleur commented, The fact that we would strip off a lot of their amendments should come as no surprise because senators’ perspectives are different from House members.”
The situation in the House was probably summed up best by the Lafayette Daily Advertiser, a Republican-leaning newspaper which endorsed a Republican for governor.
It said in an editorial, “Some Republican leaders, apparently unable to accept that a Democrat sits in the governor’s chair, have run off the rails with partisan craziness.”  The Council for a Better Louisiana was quick to call Henry and the GOP’s efforts to fully fund TOPS over other priorities, “a shell game proposed to curry favor with voters, but fails to solve pressing budgetary issues."
Republican House members even took the  unprecedented step of kowtowing to Attorney General Jeff Landry, also a Republican, and agreeing to let him establish his own budget creating what some experts consider would be a fourth branch of state government and unconstitutional.
That power-grab by Landry and his GOP cohorts will likely not fly in the Senate and would certainly be vetoed if it reaches the governor's desk.

What are women worth?
Just what are women worth for doing the same work as men?  Not as much in the terms of equal pay, according to the Louisiana House Labor and Industrial Relations Committee.
The committee voted 10-5 against an amendment to ensure the women of the state got equal pay for equal work.
All 10 Republicans on the committee voted against equal pay, including area Reps. Alan Seabaugh and Dodie Horton, while the five Democrats supported equal pay.
Proponents of the legislation called the outcome  “a slap in the face” to the women of Louisiana, who comprise more than 50% of the state’s workforce and  act as breadwinners in more than 40% of family households.
The legislation was also a rebuke of Gov. John Bel Edwards, who considered it a signature part of his platform as governor.
To make matters worse, Rep. Kenny Havard, R-Jackson, offered an amendment during serious debate mandating that strippers be at least 21 and younger than 29 and weighed no more than 161 pounds.
While some members guffawed, others, especially female legislators, didn’t think what Havard claimed  was a joke was very funny.  Rep. Nancy Landry, R-Lafayette, said his amendment was “embarrassing and disgusting.”
As expected, Havard made the national news and the Legislature was the subject of national laughter, but not in a good way.
The Fax-Net received inquiries about Horton’s vote against equal pay for women since she is a female member of the Legislature:.  Here is her statement to Fax-Net:
“After carefully studying current law I, along with my fellow legislators, could not determine one thing in the proposed legislation that would add anything at all to the current state statutes.
“Furthermore, not one lawsuit has been filed in LA concerning inequality in pay for equal work since our state adopted the federal law back in the late 60's or early 70's. Staff could not give me the exact date for some reason. Also in 2014 our legislature added language that strengthened our current laws.
“I was asked upon my election to please stop the adoption of duplication of laws to which I wholeheartedly agreed to do. This would have been a duplication. I am not serving to promote self but to be the voice of District 9. This is why I voted no.
“A point I would also like to make if you do not mind is this: I personally know that our laws are sufficient because my Mother was negatively affected  by discrimination in pay.
“After an unsuccessful meeting  with her employer she obtained an attorney who took her case for which  the employer gladly settled out of court. Our laws not only protect women but anyone regardless of race, creed or gender from unequal pay for equal work/merit.
“I cannot thank you enough for contacting me on  this serious issue “.

Confederate clarification
In last week’s Fax-Net, we did a piece about the controversy surrounding the Confederate monument on the Caddo Court House grounds.
An effort is underway by Caddo Commissioner  Ken Epperson to have the monument removed.  The NAACP has also taken that position as well.
We were quick to hear from representatives of the United Daughters of the Confederacy.  We referred to the organization as the Daughters of the Confederacy, which was not correct.  We left out "United."
The United Daughters of the Confederacy (UDC) was founded in Nashville, Tennessee, on September 10, 1894.  It was pointed out that the UDC is the oldest patriotic lineage organization in the United States.
The UDC contends that the 400 square foot parcel of land the monument stands on belongs to the Shreveport Chapter of the UDC, given to them for use in perpetuity in June 1903 by the then Caddo Parish Police Jury.
The Police Jury, the forerunner of the current Caddo Commission, not only donated the land but contributed $1,000 or 10% of the funds needed to pay for the monument, according to the UDC.
The UDC lists the following as its goals:
*To honor the memory of those who serve and those who fell in the service of the Confederate states.
*To protect, preserve and mark the places made historic by Confederate valor.
*To collect and preserve the material for a truthful history of the War Between the States.
*To record the part taken by Southern women in patient endurance of hardship and patriotic devotion during the struggle and in untiring efforts after the War during the reconstruction of the South.
*To fulfill the sacred duty of benevolence toward the survivors and toward those dependent upon them.
*To assist descendants of worthy Confederates in securing proper education.
*To cherish the ties of friendship among the members of the Organization.
In January of 2014, the monument was placed on the National Register of Historic Places.
On June 9 at 3 p.m. at Government Plaza, the Caddo Commission’s Long-Range Planning Committee, chaired by Commissioner Mario Chavez, will have a public hearing to discuss the fate of the monument.

Say what?  We’re No. 1?
Finally!  The state of Louisiana is No 1 at something that is not considered negative by most people.  It became  the first state in the nation to make violence against police officers, firefighters, and first responders a hate crime.
The legislation, introduced by Rep. Lance Harris, R-Alexandria, became known as the “Blue Lives  Matter” bill.  It made the national news.
Gov. John Bel Edwards did not hesitate to sign the bill into law.  After all, his father was sheriff of Tangipahoa Parish and his brother is the current sheriff.  In fact the Edwards have four generations of sheriffs in their family lineage.
While the law was praised by the law enforcement community, as is always the case, some others were critical.
That criticism came from those who believe police often use excessive force against minorities, which inspired the “Black Lives Matter” movement from which “Blue Lives Matter” was born.

More in this category: « Isn't Pocahontas Elizabeth Warren speaking with forked tongue with her Native American claim? Trump is faux conservative, his plans illogical, but then there's Hillary »
back to top